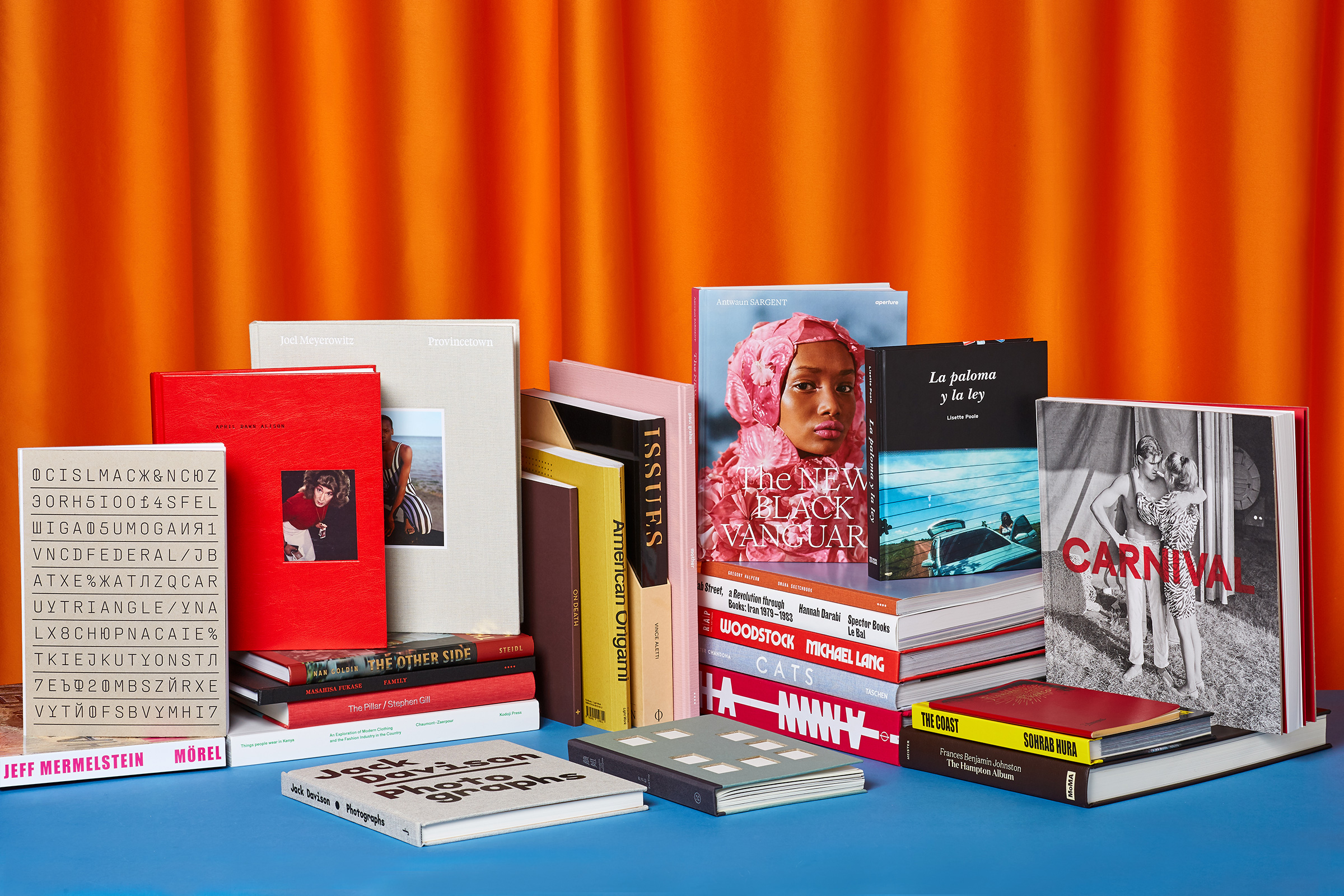 By TIME Photo Department | Photographs by Jessica Pettway for TIME

In 2019, creativity in photobook publishing continued to flourish with outstanding works from an international group of independent and established publishers. This list, chosen by TIME’s photography staff, celebrates any type of book driven by photographs, from lavish volumes like music icon Rihanna’s visual autobiography to more experimental artists’ efforts like photographer Sohrab Hura’s The Coast.

Some photo books expose the unfamiliar in familiar circumstances or stories. Elinor Carucci’s Midlife illuminates a universal period in a woman’s life that is rarely exposed. Lisette Poole’s first book La paloma y la ley provides an intimate and personal account of migration, a topic too often oversimplified and hyper-dramatized.

Other books provide new context and information through a thorough anthological dive into a topic or theme, such as Hannah Darabi’s Enghelab Street, A revolution through books, Iran 1979-1983, and The New Black Vanguard: Photography between Art and Fashion by Antwaun Sargent, or a book that surprised many of our editors, On Death: Various Artists.

Andres Gonzalez’s uniquely bound American Origami is the book we’ve chosen to highlight, in addition to the 30 others presented here. The 42-year-old photographer from Mountain View, Calif. explores the depth of trauma that follows school shootings in America. Released in September, the book features more than 700 photos, though not a single one depicts the common scenes of shock and grief so routinely captured in the immediate aftermath of such tragedies. Instead, Gonzalez hones in on mostly inanimate objects—mountains of handwritten cards, drawings, paper cranes and other tiny mementos left behind and archived after some of the deadliest school massacres in the nation’s history.

While sifting through the forgotten items from the 2007 Virginia Tech shooting that killed 32 people, Gonzalez found a pair of green chemistry goggles, which had on them faded notes a lab partner had written to a slain classmate. “Discovering the massive amount of artifacts hidden in these archives made me feel grief in a new way,” Gonzalez tells TIME.

In Newtown, Conn., for example, where 20 first-graders and six educators were murdered at Sandy Hook Elementary School in 2012, well-wishers from across the world sent more than 65,000 stuffed animals and a half-million condolence letters. “No one should have to go through this,” reads one of the letters, “but you are not alone.” The gifts filled makeshift memorials and homes of survivors and victims’ families, eventually so inundating the town much of it had to be incinerated.

“People are just trying to connect to these tragedies that they don’t understand,” says Gonzalez, who also documented the Parkland and Columbine attacks. “I wanted to engage with that grief, to embrace it and preserve it.”

The rest of the book’s pages are filled with first-hand accounts by survivors and witnesses as well as images of empty streets after camera crews have moved on. “Someday there may truly be a reckoning,” Gonzalez says, “and I want this collection to hold that memory the same way our scars preserve our personal histories.”

One virtue of the photobook, compared to the other ways we experience photography, is that it allows us to dig deep into a topic or theme and reveals the unseen details of familiar stories. There is the space and time to sift through all of the elements of a project while creating a tactile experience that stays with us. It’s a lot different than swiping up on a phone. The photobooks on this list bring together the familiar and unfamiliar in a gripping way that feels bold and experiential. We hope you enjoy this year’s selection.

Published by The Monacelli Press

Flowers For Franco by Toni Amengual

The New Black Vanguard: Photography between Art and Fashion by Antwaun Sargent

The Other Side by Nan Goldin

Combing for Ice and Jade by Kurt Tong

Published by Spector and LE BAL

The Pillar by Stephen Gill

Published by Nobody Books

In Color by Manuel Álvarez Bravo

Issues: A History of Photography in Fashion Magazines by Vince Aletti