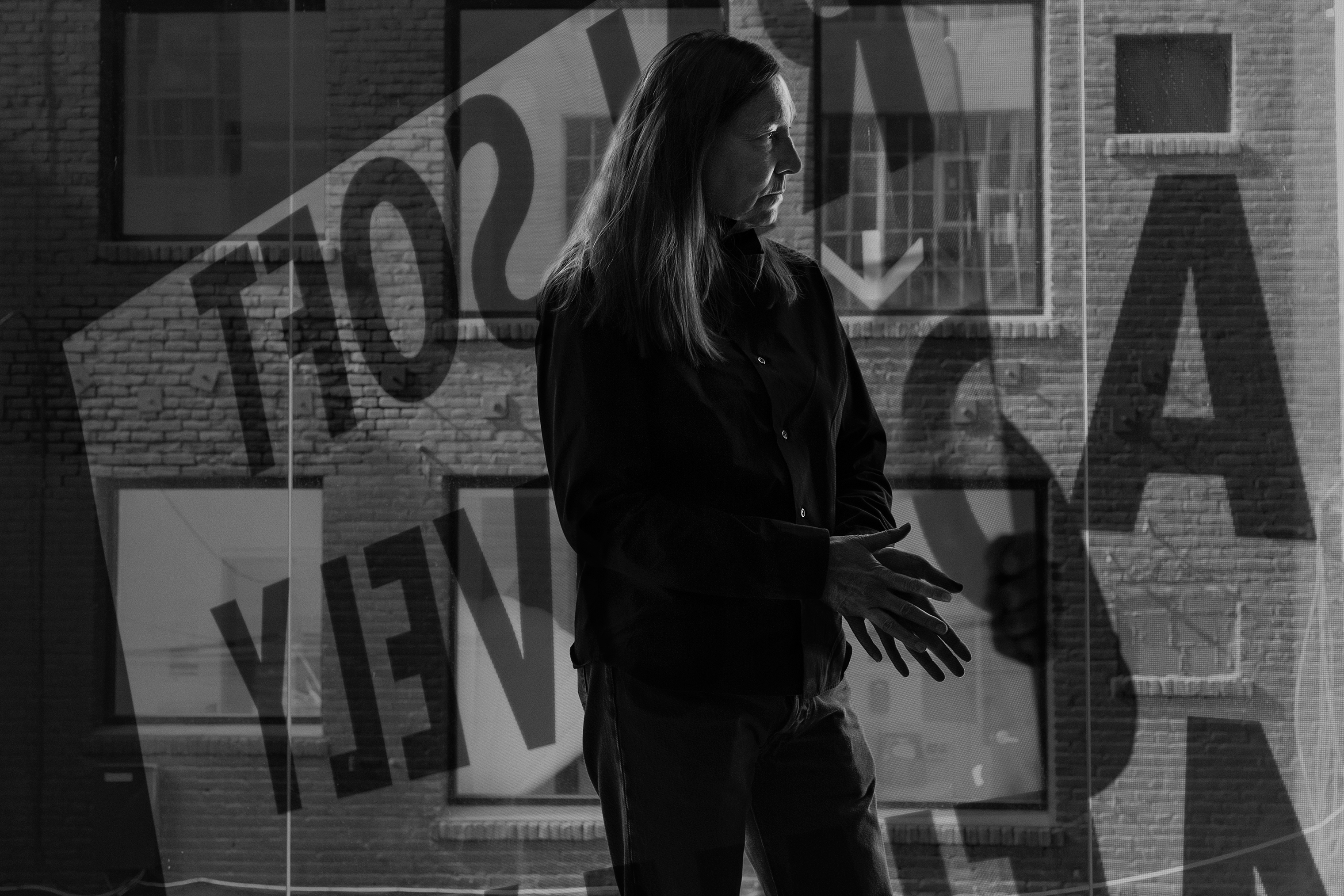 How Artists of All Ages Keep Their Creative Spirit Alive

By Naina Bajekal | Portfolio by Djeneba Aduayom for TIME

How does an artist keep her creative vision alive? It’s a concern not just for painters and poets who have been at work for decades; an artist’s vision can be tested at any point in life. For the nine people photographed in this portfolio by Djeneba Aduayom—from an 18-year-old poet to a 94-year-old actor—what keeps them at work is the possibility of connecting with others.

Finding new ways to forge those connections can be a challenge, though, since life rarely follows a straight line. That’s something Aduayom understands all too well: after dancing with musicians like Prince and Tina Turner, Aduayom fell and injured herself while on tour in 2010. Hip and knee surgery marked the end of her dance career. “Imagine having what you love most taken away from you,” she says. “I had to find something equally powerful.”

Aduayom found that in photography, a discipline that absorbed her as much as performance once did. “When I was looking through a viewfinder, I was completely in the zone,” she says. She invested in a camera and good lenses and taught herself to shoot. “It helped me connect with people in a different way, through a lens rather than on the stage,” she says.

Based in Los Angeles, Aduayom brings a dancer’s understanding of movement, balance and emotion to the fashion editorials and fine art projects she shoots. “Dancing always allowed me to express myself better than words did,” she says. After learning the technical skills to make a good photograph, she became more interested in capturing a feeling. “The image is not enough for me,” she says. “I need to feel something in the universe of that person.”

Her approach was also shaped by her college studies. The daughter of an architect, Aduayom grew up in France and spent four years in London studying interior design. “My favorite part was picking the colors and textures that went together,” she says. Her love of lines and curves, graphic design and framing a scene remains a strong influence on the work she creates.

Aduayom compares working across different artistic disciplines to her own experience of speaking multiple languages. “I’m French, and I also have African and Italian origins. Whether it’s dance or art or photography or video, I’m just speaking different languages.”

For the Artists at Every Age project for TIME’s Optimists issue, Aduayom wanted to capture the essence of each artist and their relationship to art. She describes each shoot as “a process of research, for them and for me, about what to translate into a picture.” She traveled to New York, Atlanta and London to capture Hank Willis Thomas, Louis Delsarte, and Frank Bowling in their own working environments, and seeing them in the studios where they create their paintings or sculptures helped to establish that connection to their art.

With other subjects, “it was about looking through the lens and seeing who they were,” she says. With 18-year-old Kinsale Hueston, a 2017 National Student Poet and enrolled member of the Navajo Nation, Aduayom wanted to capture something more than her beauty in a portrait. “Once you get away from how easy it would be to do a fashion shoot, you can capture that regal pride in her that just translates,” the photographer says. “Through that image, she gave us that inner wisdom she has.”

Imagining how the nine portraits would work together was a gradual process. Whenever Aduayom receives a new assignment, after spending some time thinking about the project, researching the subjects and the locations and asking questions, she tends to listen to music. “My brain keeps these bits of information, and then a certain song or looking at pictures of the people I’m going to photograph will trigger a kind of vision. It’s like a puzzle that comes into one.”

Each portrait is ultimately an effort to understand the artist’s creative process, Aduayom says. “All these artists have different realities. I wanted to capture something in their universe, how they see the world, and how it relates to their art.”

For Aduayom, like her nine subjects, staying motivated in the face of disillusionment or rejection is a recurring challenge. But sharing their art with the world is essential to their persistence: creation fosters optimism not only in the artist. It helps to spread it too.

“Teenagers bring so much truthfulness and rawness to art because we’re angry, we’re sad, we’re in love and we’re not afraid to make that heard,” says Kinsale Hueston, a 2017 National Student Poet. “My poetry empowers my activism,” says the writer and college student, who is a member of Navajo Nation. Her award-winning work focuses on Native culture. “My poetry is a way for me to become more visible and, by doing so, create room for people who share my identity. It gives me a voice and a platform.”

“When I listen to music I am inspired by, I tend to daydream about the movement, to almost see it in a calligraphic way,” says Jeffrey Cirio, the lead principal dancer of the English National Ballet. In 2015, Cirio co-founded a collaborative dance collective with his sister Lia. Their goal was to create a space for dancers and choreographers to create work without the constraints of traditional conservatories. They regularly show work at the Vineyard Arts Project in Martha’s Vineyard and the Cape Dance Festival in Provincetown, Massachusetts. “Dance is very freeing. On a stage or in a studio I am able to give that freedom to others.”

“For so long, fashion has been ‘inspired by,’ and not really invited marginalized groups to participate,” says Aurora James, the founder of Brother Vellies, an accessories brand that works with African artisans. That collaboration is deeply important to James as a designer. “How do you use your business, your mind, your creativity to express what you’re trying to say in the larger picture of the world? Sometimes the best thing you can do, instead of telling people, is showing people,” she says. James maintains a sense of optimism through her work: “Even though there are a lot of dark things going on in the world, a lot of beautiful, magical things are brewing under the surface.”

“I believe that every artist is inherently an optimist, because you are making something the world is not asking you to make, with the belief that someone, somewhere will care about it,” says Hank Willis Thomas, a multimedia visual artist who is well known for his collaborative political work. Launched in 2016, his ongoing project “For Freedoms” has engaged people in civic issues through art exhibitions and public programming in all 50 states, and is considered one of the largest public arts initiatives in U.S. history. “I think every obstacle we face really is an opportunity, and every challenge—whether painful or disorienting or humiliating—is a reminder that I am still alive,” says Thomas. “And if I am still alive, that means I still have work to do.”

“I write my poetry for whoever is listening, because you never know who’s listening,” says poet Elizabeth Alexander, who read an original work, “Praise Song for the Day,” at President Barack Obama’s inauguration in 2009. “Moments of pause, moments of beauty, moments of light, moments of possibility, moments of learning something you didn’t know before—there is tremendous optimism in all of that,” says Alexander. She now serves as president of the Andrew W. Mellon Foundation, which supports the arts and humanities. “Making art is about human beings communicating to each other to say, ‘This is who we are’—and to say we are a we: I have someone to talk to, someone is listening or looking.”

“Optimism is a cheerful obligation,” says Jenny Holzer, a conceptual artist known for her text-based art which address themes of power, politics and social injustice. Her work often uses simple but potent statements like ‘ABUSE OF POWER COMES AS NO SURPRISE’ and is regularly seen in both museums and public spaces like Times Square. “I am pretty convinced the sky is falling all the time, so I think it’s worthwhile to point to that and occasionally offer a solution,” she says.

“Growing up in Brooklyn in the ’50s, I drew constantly. Everywhere I went, I had a sketchbook with me, sketching people on buses, trains, subways.” Louis Delsarte is a painter known for his large-scale works and murals celebrating black history and culture in America. Delsarte cites Harlem Renaissance figures like Duke Ellington and Langston Hughes as significant influences on his work. “I try to work toward peace, to say that art is the meaning of love, that living on earth is a spiritual quest,” he says. “I try to elevate the spirit of man and the spirit of humanity.”

“I don’t ever stop painting in my mind. When I am in bed, unable to sleep, I see paint moving across the ceiling and imagine it spilling and pouring as it flows through the nooks and cracks,” says Frank Bowling, who was born in Guyana, studied at London’s Royal College of Art and began his career as an artist amid the British Pop Movement of the 1950s and ’60s. Bowling, who is known for abstract compositions in which he pours paint onto canvas, became the first black British artist elected to England’s Royal Academy of Art in 2005. in his work today, he continues to be moved by the way a drip of paint moving this way or that can still surprise him. “I don’t need to be inspired to make work. The work inspires me.”

“When I made the decision to use my career as my platform, to try to make a dent in some of these injustices that I witnessed and experienced in life, I said if I just reach one person, then I would be happy,” says actor Cicely Tyson, who earned an Academy Award nomination in 1973 for her role in Sounder—and, 45 years later, finally won an honorary Oscar in 2018. “I am the sum total of each one of the women I have played. That they were able to survive the times, and the way in which they did it, made me a stronger person and allowed me to truly believe that all things are possible.”

—With reporting by Wilder Davies and Lucy Feldman