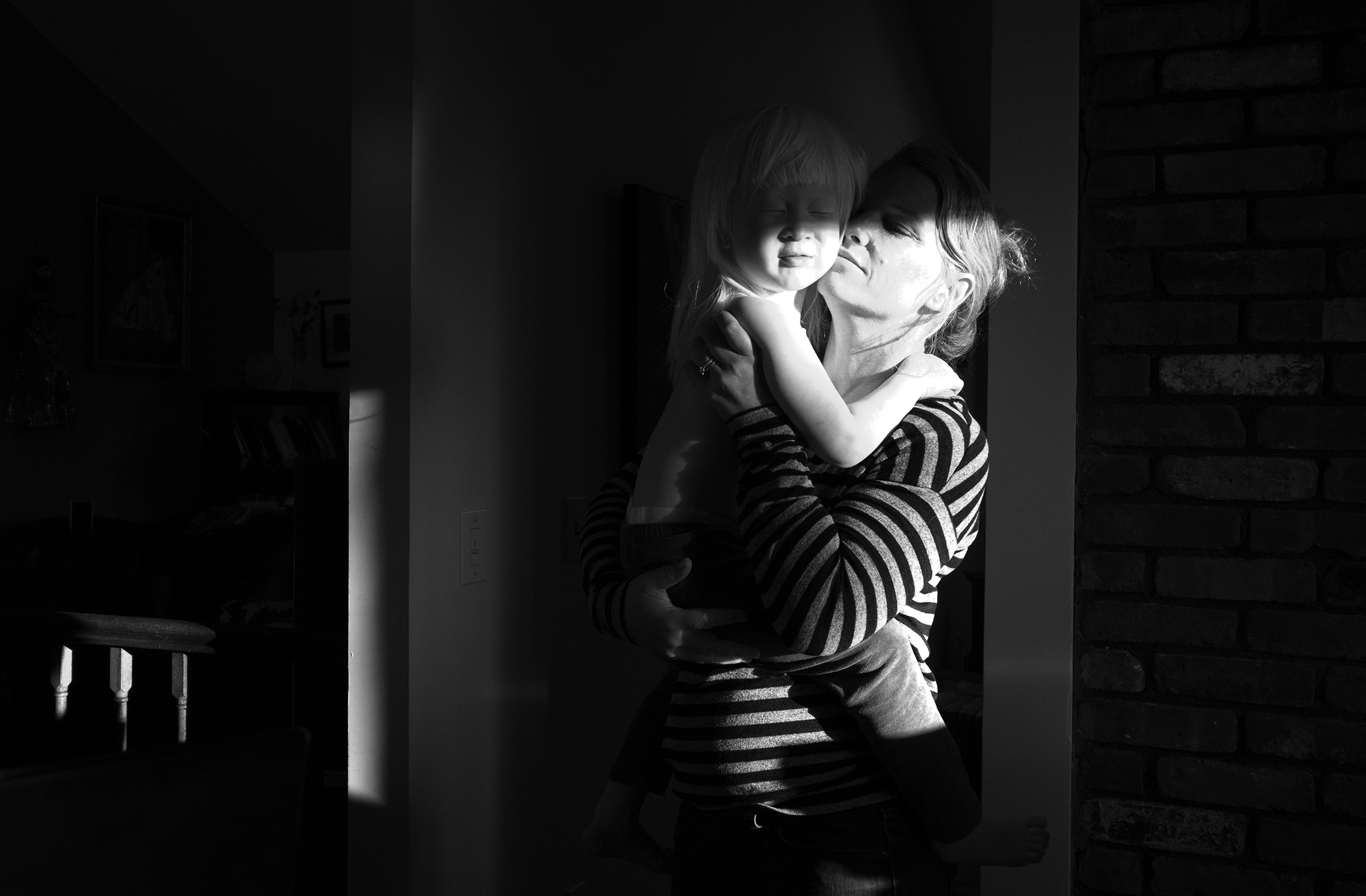 Lotus and Sinclair cuddle in the afternoon light.
Bryan Hoben

What I Learned From Adopting Two Children With Rare Genetic Conditions

It’s been a crash course in motherhood, but the result has been a more profound love than I ever imagined possible
By Stephanie Sinclair

Every parent celebrates their child’s firsts: first birthday, first haircut, first words, first steps and first day of school. My husband, Bryan, and I are no different – except that as adoptive parents, we’ve crammed years’ worth of firsts into the last 12 months.

Just over a year ago, my husband and I officially became parents to Forest, then 7, and Lotus, who was 3 1/2. Both were born in China and raised in orphanages. They also both have albinism, a rare genetic condition that manifests itself in a lack of pigment in the skin, hair and eyes. The condition also has an associated atypical development of the retina and optic nerve misrouting, resulting in significant vision issues. Forest and Lotus are therefore both legally blind.

Forest gets a haircut in Guangzhou, China as Lotus watches from a stroller. Adopting both children at once required a three week trip to China.
Stephanie Sinclair
Forest has his first eye exam in the United States.
Bryan Hoben

As new parents to two young children from another country we anticipated a steep learning curve. From the language barrier to attachment issues, we knew adopting two young children at the same time would be tough. Forest, however, gave his love freely, and happily made himself at home from day one, but Lotus made us work to earn her trust over many difficult months. In fact, she only fairly recently felt comfortable enough to allow herself to be ticklish. Much like my own mother, Lotus is, and will likely always be, a spitfire — which I say with love because it’s a trait that will serve her well later in life. Watching her gradually become more comfortable and open herself up to the family has been an indescribably profound and beautiful experience. We feel honored to have gained her trust and love.

While the language and the attachment issues were temporary challenges, our children’s vision disability is not, and it’s been the single greatest physical challenge in the adoption. We’ve had to educate ourselves, their schools and the children themselves about the challenges and services available for kids with their condition. It’s been a delicate balance — making them aware of their low vision so they can advocate for their needs at school and with friends, but also trying not to make them feel like there’s something inherently negative about the things that make them different.

Forest as Spiderman.
Stephanie Sinclair
Lotus rests her head on the dining room table after a bath in the late afternoon
Bryan Hoben

They each arrived understanding that they look different, but as they begin to understand the limitations of their visual acuity, the time is ripe to help instill in them some long-term tools for adapting to a sighted and pigmented world. It may be inevitable that the world will define them by their conditions, but we don’t ever want them to define themselves in that way. Our goal is for them to understand that everyone interacts with the world in different ways. Once they understand that, they can focus on how best to accentuate their strengths and shore up their weaknesses. Just like every other person on the planet has to do.

Lotus' growth chart on the wall at home. She's grown almost 4 inches in the last year and Forest has grown almost 5.
Stephanie Sinclair
Forest rushes to the front of the line at his sister's preschool to give a hug to the Easter Bunny.
Bryan Hoben

For my husband and I as parents, our children’s albinism has really increased our awareness and concern for all parents and children with not just albinism, but also any other so-called disability. Thankfully we live in a state and in a school district that’s willing to provide a host of appropriate services for our children — iPads, preferential seating in school and orientation and mobility training — and surrounds them with professionals who are committed to their success in ways that we never anticipated. These services give kids in need the best chance at succeeding in life from a safety and educational standpoint, and it’s a true blessing. But in places that can’t or won’t make such a commitment, children with special needs oftentimes become symbols of inequality. Lack of access to support services can damn children with disabilities and lesser means to lives where they never harness their full range of abilities.

The single most unexpectedly moving part of motherhood has been watching their connection with each other grow. They may have very different personalities, but those personalities are surprisingly complementary to one another. In a mere year and a half, they’ve become quite a formidable unit — it’s almost like they’re twins. Given their similar backgrounds and shared condition, I’m very conscious of how important it’s for them to maintain a close relationship. Who else in the world will they be able to relate to better than each other? Clearly, they’re off to a wonderful start there.

Parenthood has also had a profound effect on my marriage and I can’t imagine being on this journey without my husband, Bryan. We are more of a team than ever before, weathering a year of firsts like no other and building a strong foundation for our family for many years to come. This first year has been exhausting and exhilarating, insane and insanely wonderful. We’ve all shed plenty of tears – both out of joy and frustration – but we’ve also experienced a more deep and profound love than we ever thought was possible.

Forest and Lotus share a hug during a bath together at home.
Stephanie Sinclair
More Must-Read Stories From TIME