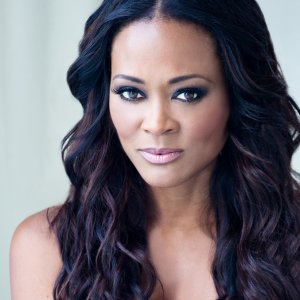 Robin Givens is an actor, director, activist and author. She works consistently in leading roles on television, in films and has starred on Broadway. In 2013 and 2014, she appeared on the hit series "Twisted" and last month, she starred and directed a new play, Joy in the Morning. For more than 20 years, she has worked on behalf of women, children and families facing the challenges of domestic violence. In 2007, Robin Givens was honored at the Vital Link Awards in Los Angeles with the National Domestic Violence Hotline's "Voices for Change Award." Givens served as a spokesperson for the National Domestic Violence Hotline for several years. In 2014, she worked in support of the YWCA USA, the leading provider of domestic violence and sexual assault programs and services in the United States and also DV Leap which provides a stronger voice for justice by fighting to overturn unjust trial court outcomes, advancing legal protections for victims of domestic violence. She is currently in her 5th year as co-chair of “The Women Who Care Luncheon” helping children, families and adults with disabilities and the programs and services of United Cerebral Palsy of New York City. In 2007, she published her first book, Grace Will Lead Me Home. She is the mother of two sons and lives in Laguna Beach. You can follow her @Therocknrobn

Where Are All the Angry Black Women?

Robin Givens on Domestic Violence: 'Why I Stayed'