A member of Boko Haram in a suburb of Kano, Nigeria, in 2012.
Samuel James—The New York Times/Redux
By Carla Power

The official name of Boko Haram, the Nigerian group apparently responsible for the kidnapping of over 200 schoolgirls, is Jama’atu Ahlis Sunna Lidda’awati wal-Jihad. That translates into English as “People Committed to the Propogation of the Prophet’s Teachings and Jihad.” The name is wholly inappropriate. With their sustained campaign of murders and kidnappings, the members of Boko Haram conduct themselves in a manner that could barely be more alien to the Prophet Muhammad teachings. Earlier this week, Saudi Arabia’s grand mufti, Sheikh Abdulaziz Al al-Sheikh, declared Boko Haram was “set up to smear the image of Islam.” The secretary-general of the Organization of Islamic Cooperation, the world’s largest bloc of Muslim countries, told the Associated Press that violent extremists like Boko Haram “not only disavow their Islam, but their humanity.”

It’s always dangerous to generalize about a faith observed by 1.6 billion people – there’s a lot of room for interpretation between that many people – but it’s clear that Boko Haram’s atrocities go against the mainstream teachings of Islam. Here are five reasons why Boko Haram’s actions are fundamentally un-Islamic:

In the local Hausa language, “Boko Haram” translates roughly as “Western education is forbidden.” In 2012, the group began targeting government schools with home-made firebombs. Over the last two years, reports Amnesty International, attacks by armed groups have forced over 60 schools in northern Nigeria to close, with Boko Haram claiming responsibility for some of the attacks.

Boko Haram’s hostility to education stems from its suspicion of what it views as the government’s secular education system. But that hostility strongly contravenes the teachings of Islam, a faith whose first revelation to the Prophet Muhammad was the word “Read,” whose scripture repeatedly enjoins Muslims to reflect, and whose traditions enjoin all Muslims – regardless of gender – to pursue education.

2. It claims to be waging jihad.

Boko Haram’s formal name makes it clear that the group is pursuing jihad. There’s debate among Islamic scholars as to what constitutes a “just” jihad, but mainstream scholars agree that jihad can only be led by a legitimate leader of a Muslim community, not self-appointed leaders like Osama bin Laden or Boko Haram’s Abubakar Shekau, who has led the group since 2009. Even if the conditions for jihad are met, the Prophet Muhammad banned targeting non-combatants. Boko Haram has repeatedly flaunted that ban. In February, the group killed over 50 schoolboys, opening fire on a boarding school in northeastern Nigeria before burning it down. Last fall, Boko Haram gunmen shot 40 students at an agricultural training college as they lay asleep in their dorms. According to the Prophet Muhammad’s teachings, women and children, rabbis and priests and other noncombatants are to be spared. Warriors cannot burn down property, destroy trees or fields, or commit atrocities.

3. It has declared war against Christians.

In a rambling video released May 5, Shekau declared war “against Christians generally.” He included in that group President Barack Obama, French President Francois Hollande, and U.N. Secretary-General Ban Ki-moon “and any unbeliever.” But the Quran tells Muslims to respect their fellow monotheists, specifically the Christians and the Jews, who are “People of the Book.” The Quran says: “Those who believe [Muslims], the Jews, the Christians….whosoever believe in God and the Last day and do good deeds, they shall have their reward from their Lord, shall have nothing to fear, nor shall they come to grief.”

The May 12 video of the kidnapped schoolgirls purports to show some Christian girls speaking their new Muslim names. The girls had been “liberated,” claimed Shekau, by having converted from Christianity to Islam. But he’s flouting a key teaching of Islam. “Let there be no compulsion in religion,” states the Quran. The verse, notes Usama Hasan, senior researcher at the Quilliam Foundation, a U.K.-based counter-extremism think-tank, was revealed to Muhammad after some of the earliest Muslims’ children converted to Judaism and Christianity. Nobody can force anyone to convert to Islam, say scholars. Embracing the faith is a matter between individuals and their God.

5. It espouses forcing girls and women into marriage.

In the May 5 video, Shekau says the kidnapped schoolgirls should be married off. But Islam does not allow anyone – male or female – to be married without his or her own consent. According to one hadith – hadiths are the words or deeds of the Prophet Muhammad that, along with the Quran, constitute the basis of Islamic law – one day a girl married off against her will came crying to Muhammad, saying she hadn’t agreed to the marriage. Muhammad promptly declared the marriage invalid.

The members of Boko Haram certainly consider themselves Muslims but their actions make them traitors to their faith. We should start referring to them as a criminal group rather than an Islamist group. Their sickening deeds and rhetoric repeatedly demonstrate that not only do they lack kinship with the vast majority of the world’s 1.6 billion Muslims, but they lack respect for the religion they claim to fight for.

Power writes on Muslim social issues. If the Oceans Were Ink, her memoir of studying the Quran with a traditional Muslim scholar, will be published next year. 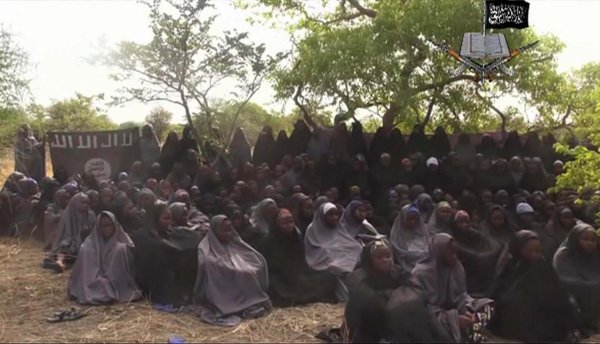