Jed Rubenfeld is a professor at Yale Law School and the co-author of The Triple Package with his wife, Amy Chua

RAINN, the nation’s largest anti-sexual violence organization, recently cited evidence that over 90% of college rapes are committed by just 3% of college men, each raping multiple victims. Campus rape, RAINN concludes, is not caused by a “rape culture.” It is overwhelmingly caused by a small percentage of men who remain on campus, escaping punishment, even as they rape over and over.

Why do so many college rapes go unreported – 88%, according to a 2007 nationwide study – or, even when reported, unpunished?

The dirty secret is that universities have a conflict of interest when a student reports being raped. Campus rape is bad publicity – very bad. Just ask Dartmouth, where applications dropped 14% last year amid claims of campus sexual assault and abusive hazing. On top of that, disciplining a student for rape can get you sued, whereas, until recently, failing to do so could not. It’s no surprise, then, to hear allegations that at colleges around the country, administrators have hushed up rape accusations; discouraged students from reporting; treated rape claimants badly; and repeatedly failed to punish where punishment was due.

But there’s another fundamental problem too: confusion over the very definition of rape.

Yale has changed its code of student conduct to define sexual assault as any “nonconsensual sexual contact,” where consent must be an advance, “unambiguous” “agreement” to each “specific” touching, whether or not consented to in the past. This sounds great until you think about it. If two Yale students are kissing and one of them touches the other sexually, that person has apparently committed sexual assault (unless they stopped and negotiated in advance) even if they’ve done it before.

In a 2009 version of the Duke student code, the administration specified that sex could be “coercive” if there were “power differentials” between students, “real or perceived,” as might be true if an undergrad slept with a graduate teaching assistant or a freshman with a star athlete. People can disagree as to what should be done about sex and “power differentials,” but it’s a big mistake to call this rape.

Fullerton State University in California informs students that it’s criminal to have “sex with a person who is intoxicated.” This is an unhelpful myth. In general, someone has to be so drunk as to be physically or mentally incapacitated before sex with that person is rape.

These overbroad definitions of sexual assault are deeply counter-productive. They conflate violent rape – one of the most serious of all crimes – with objectionable conduct of much lesser gravity. They can generate antipathy for complainants, because the conduct alleged to be rape is often perceived by many not to be rape. They may discourage reporting, because the process so often eventuates in no punishment – or, conversely, result in students being accused and found guilty on inadequate grounds. Worst of all, they fail to target the real problem: the small percentage of actual rapists, who, even when they are reported, may get a slap on the wrist while the victim is made to agree to keep the accusation confidential, so that law enforcement never finds out.

If we want to get serious about college rape, we should do four things. First, clear up the rules: sex is rape when procured by violence, threat, physical incapacitation, drugging, or intoxication so great that the victim didn’t know what was happening. Second, at fraternities or similar houses, anyone with reason to know that another person is having sex with someone incapacitated by alcohol (or who has been any given any intoxicant surreptitiously) should be subject to discipline if he does nothing to try to stop it. Third, rape complaints should be heard not by teachers or administrators, but by independent, trained professionals. Finally, whenever one student is accused by more than one complainant, special procedures should be triggered, ensuring that such claims are taken especially seriously and strongly encouraging the students to go to the police. 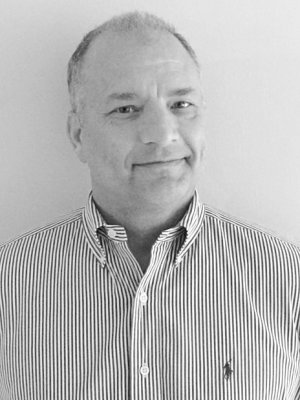 'Universities and Fraternities Must Tell the Whole Truth' About Sexual Violence
Next Up: Editor's Pick