Abby Wambach during the Women's Football gold medal match on Day 13 of the London 2012 Olympic Games at Wembley Stadium on Aug. 9, 2012 in London.
Jamie Squire—Getty Images
By Eliana Dockterman

Women’s empowerment is a good predictor of a country’s medal count in the Summer Olympics, a new study says.

While past studies on the Olympics have found that wealthier and more populous nations tend to claim more medals, a study published in Journals of Sports Economics found that strength and autonomy of women in a given nation also influences how many bronze, silver and gold medals that country takes home.

Researchers from Grand Valley State University looked at 130 nations in the Summer Olympics, the world’s largest elite sports competition, from 1996 to 2012. They compared each nation’s medal count to their Gender Inequality Index (GII). The GII measures women’s reproductive health, political empowerment and participation in the labor force. The Netherlands, Sweden, Denmark and Switzerland rank at the top of the 2012 GII. The United States ranks 47th. Each country receives a score that ranges from 0 (no inequality between genders) to 100 (extreme inequality).

“The benefit to male athletes was a surprise, and we don’t really understand why this occurs,” head researcher Aaron Lowen said in a statement. “One idea is that societies that bring women into the workforce generate wealth in ways that are not captured with traditional wealth measures, such as gross domestic product. These societies may afford both men and women greater opportunities for recreational and personal pursuits, including elite athletic training and competition.”

Notably, researchers also discovered that women athletes in the United States didn’t benefit from what they called the “Title IX effect.” Title IX prohibits sexual discrimination in academics and other activities, including athletics, on campuses across the nation. Many have argued that the federal law has led to growth in the number of female athletics. Yet Title IX didn’t give American women a leg up over their international competition.

“Clearly, U.S. women have been remarkably successful in soccer, basketball and many other sports. But once we incorporated other key predictors of Olympic success—population, wealth and women’s empowerment—we found little evidence that U.S. women are exceptional in comparison to women from other countries or even U.S. men,” says Robert Deaner, a co-author of the study. “This doesn’t mean Title IX hasn’t been important for U.S. women—instead it suggests that other countries must have their own means of supporting elite women’s sports,” he said. 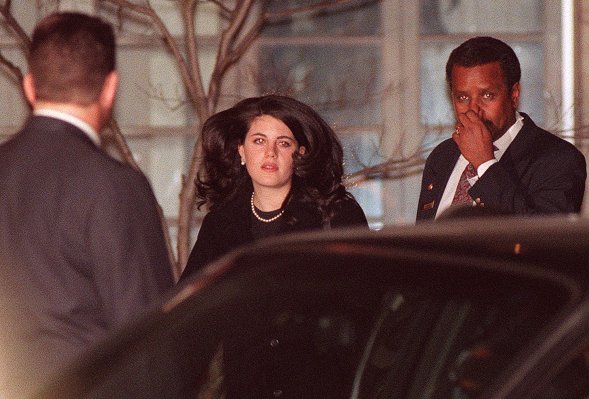 Why We Owe Monica Lewinsky a Feminist Apology
Next Up: Editor's Pick