Russia is threatening to pull out of the International Space Station (ISS) by 2020.

The threat was made in response to U.S. sanctions placed on Russian officials. Russian Deputy Prime Minister Dmitry Rogozin, who happens to be one of these officials, taunted the U.S.’s ability to use the ISS without Moscow’s help.

“I propose the United States delivers its astronauts to the ISS with the help of a trampoline,” Rogozin said.

The United States currently pays Russia $60 million for every astronaut who needs to be ferried to and from the station, since America’s shuttle program was recently cut. But NASA officials have not received any official notification about changes in their space cooperation agreements. 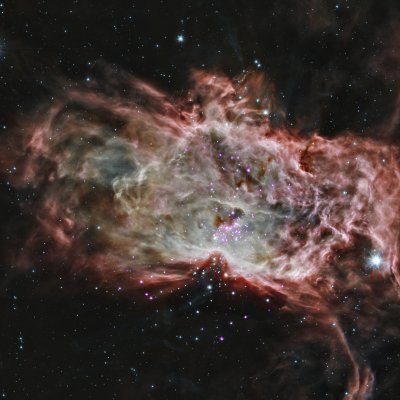 Brilliant Star Clusters in the Flame Nebula Hold the Mysteries of Star Formation
Next Up: Editor's Pick