Christie: Bridgegate Will Have No Effect On 2016

New Jersey Gov. Chris Christie said Wednesday that he is confident the ongoing scandal over the closing of lanes to the George Washington Bridge last year will not have an effect on his political ambitions.

“I think it will have none, because I didn’t do anything,” Christie said, when asked by CBS’s Bob Schieffer whether it would hurt his presidential ambitions. He added that he is not the first chief executive to have a staff member do something inappropriate without their knowledge.

Christie fired the aides involved after it emerged that lanes to the bridge between New York City and New Jersey had apparently been shut out of political malice toward the Democrat mayor of Fort Lee, N.J., but legislative and criminal inquiries remain unresolved.

“I think this will be a footnote by the time any of these decisions are made,” he added.

Speaking at the Peterson Foundation Fiscal Summit, Christie said he is still considering a run for the White House and would make his decision “later.”

Asked about recent comments that running against former Florida Gov. Jeb Bush would be “stressful,” Christie said it would be because they like each other and agree on many issues. “You don’t like running against people who are your friends,” he said. “I know I’d have fun with Jeb on the campaign trail.”

Christie declined repeated requests to reveal which of the potential 2016 candidates he does not like, but promised he would once they declare their intentions.

Addressing the ongoing minimum wage debate, Christie says he supports raising it, but only gradually to allow businesses time to adjust, calling the issue just one element of a broader need to increase opportunity. 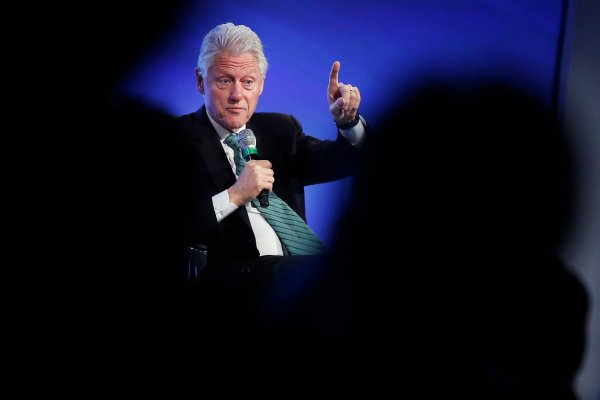