Rep. Steve Scalise is little known outside the Capitol and his home state of Louisiana. But the chairman of the Republican Study Committee (RSC) is one of the most influential members of the House GOP. As leader of a conservative caucus that includes much of the wider House Republican conference, Scalise is also caught between two seemingly contradictory goals: moving Republicans to advance more conservative policies, and helping his party win votes in an election year.

Scalise, a three-term member from southern Louisiana, took the helm of the RSC in 2012. The group, which numbers about 175 members, has enjoyed rapid growth over the past two decades, swelling from 7% of the House GOP in 1995 to 73% in 2013, according to National Journal. Its weekly meetings draw 75 to 90 members. At the same time, its reputation as an incubator of conservative policy has been somewhat diluted by its growing membership, which now includes moderates.

In this role, Scalise—who some observers expect to seek a House leadership post whenever Speaker John Boehner retires—is forced to balance the needs of his district with his personal ambitions and those of his party. That challenge came to a head earlier this year, when Scalise supported a leadership-backed flood insurance bill instead of legislation written by former RSC chairman Jeb Hensarling (R-Tex.), whom some conservatives have touted as a potential successor to Boehner.

In a lengthy interview TIME Newsmaker interview in his Capitol Hill office on May 9, Scalise sat before a glass-topped table featuring 13 corks—one from each champagne bottle popped to celebrate a bill introduced. He talked about Obamacare, the future of the House GOP, and more. Here are excerpts:

Will the House actually pass an Obamacare alternative?

I think on health care we’ve got a real chance for a vote on the floor. We need to continue to fight for repealing the president’s health care law, but we also need to put a replacement on the table. Our conference was reluctant to do anything on that front. So I said let me put together some of our smartest members on health care.

Members were meeting together for weeks and went through all the complicated issues on health care policy and finally came up with a bill. And it was a bill that was less than 200 pages, and our focus was … putting patients back in charge and lowering the cost of health care, in a way that doesn’t have mandated new taxes. So it’s a very different approach than Obamacare. I think we’re at 129 [co-sponsors]. We’ve helped advance the cause of having an alternative to the point where our leadership is now open to it.

Has Majority Leader Eric Cantor said the House will move on your bill?

He hasn’t made a formal commitment, but he is now open. In fact there are a number of working groups the leader has set up that are looking at an alternative approach to the president’s health care law. That’s a positive step forward. We’re not where we want to be, because we don’t have a vote on the floor yet, but we’re a lot closer. And I think a lot of that is because the RSC took the initiative.

Will the new Benghazi Select Committee divert your attention from your focus on Obamacare and the economy?

We can walk and chew gum at the same time.

Should Rep. Jeb Hensarling be the next Speaker?

There’s all kind of speculation about who’s going to be speaker. I don’t play the speculation game. I know Jeb well. I haven’t heard him say he is running for Speaker.

Would you support him if he wanted to?

We have only two-and-a-half months before everyone goes back to their district to campaign. There is a lot of stuff that needs to be done, including bringing a health care bill to the floor, maybe a jobs bill to the floor, trying to get control over spending in the spending bills. You’ve got the appropriations bills that are going to be moving forward. Within RSC, we’ve been pushing to get those bills brought to the floor. We want a financial services bill on the floor where we can finally start putting limitations on the IRS in terms of what they are doing to attack citizens based on political views. And what they’re going to try to do to overreach on Obamacare. We only can do that if we bring those bills to the floor in the next two and a half months.

Do you think that Speaker Boehner is a conservative?

I think that our leadership is a lot more conservative than it was the last time we were in the majority. Going back to ’06, when we lost the majority, I do think that our conference has shifted further to the right in probably in a large way from those days. If you just look at the 2010 cycle, and then large class that we had, it was a class that mostly ran as conservatives. And so I think our conference has continued to become more conservative. 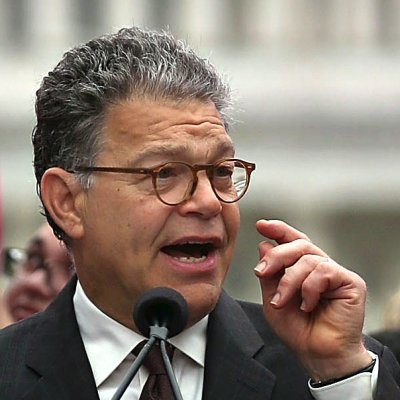 Franken: Congress Doesn't Get the Net
Next Up: Editor's Pick