Ancient, giant sperm have been found in a remote corner of Australia. The source? Tiny 17-million-year-old fossilized shrimp.

The fossilized sperm are the oldest ever discovered, according to researchers at the University of New South Wales Australia. Scientists also believe that the giant sperm are longer than the entire body of the freshwater crustaceans from which they originate — and at 1.3 millimeters long, the shrimp sperm are many times the length of human sperm, which are less than 0.1 millimeters long.

The fossils were discovered in what was once a cave where the tiny shrimp thrived in pools. Researchers said the shrimp were continually bombarded by bat droppings, which added phosphorous to the cave’s water, helping to preserve the soft sperm tissue. 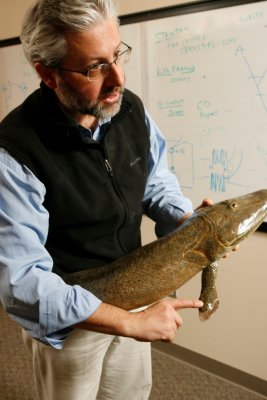 We Are All Fish
Next Up: Editor's Pick