This Mind-Blowing Debt Graphic Will Probably Make You Sad

Recession-scared households have learned to stop worrying and love the loan.

According to new figures from the Federal Reserve Bank of New York, household debt climbed $129 billion in the first quarter of 2014 to $11.65 trillion, marking the third consecutive quarterly increase since the recession. This chart offers a pretty glaring hint as to what form of borrowing is leading the rebound:

Student loans have more than quadrupled in value since 2003, racking up another $31 billion in loans last quarter. Housing loans also increased by $116 billion thanks to lower rates of foreclosures. 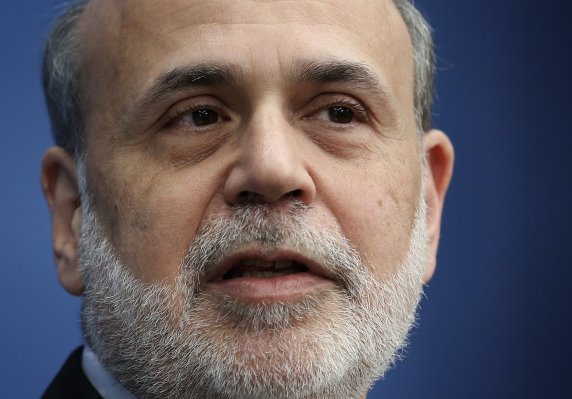 This is How Much a Date With Ben Bernanke, Formerly the World's Most Powerful Man, Costs
Next Up: Editor's Pick