Ukranian military soldiers man a highway checkpoint on May 13, 2014 near Slovyansk, Ukraine. At least 6 Ukranian soldiers were killed and more were reportedly injured by pro-Russian separatists in the nearby city of Kramatorsk.
John Moore—Getty Images
By Barbara Tasch

The Ukrainian government in Kiev started peace talks on Wednesday, but did not invite the pro-Russia separatists who spearheaded a vote to defect from the country on Sunday.

Amid renewed tensions, Kiev had agreed yesterday to start a dialogue over a solution to the crisis that has left dozens dead in the east of the country, the Associated Press reports. But as the talks debuted today, it became clear the government deliberately declined to invite the separatists. This omission leaves many observers wondering what those talks will be able to achieve.

The talks come one day after the deaths of between 6 and 8 Ukrainian soldiers, according to various media reports, in the east of the country on Tuesday. The soldiers were ambushed by about 30 heavily armed rebels near the town of Kramatorsk according to the Ukrainian defense minister. Reports say it is the most serious loss of life for the government since the start of its operation against separatists.

The talks on decentralizing power are part of a peace plan drafted by the Organization for Security and Cooperation in Europe. Ukraine’s interim President Oleksandr Turchynov said the government was ready for a dialogue but that it would not do so with militant separatists who took over government buildings and fought troops loyal to Kiev.

The rebels deemed the talks meaningless. “If the authorities in Kiev want a dialogue, they must come here,” Denis Pushilin, an insurgent leader in Donetsk said. “If we go to Kiev, they will arrest us.” Despite the absence of the separatists, the talks were applauded by many European officials. 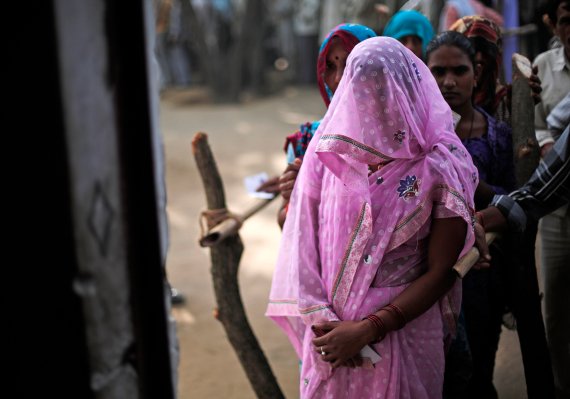 Why India's Elections Took So Long
Next Up: Editor's Pick