10 Things Your Commute Does to Your Body

The average American’s commute to work is 25.5 minutes each way, according to a report in USA Today. That’s about 51 minutes a day getting to and from work, or about 204 hours a year spent commuting. You know that commuting can be a huge pain in the ass—but what does all that back and forth actually do to your body, besides put you in a crap mood when you get stuck in traffic for what feels like the nine-thousandth night in a row? Read on to see how commuting impacts your mental and physical health—and what you can do to offset the damage.

Driving more than 10 miles each way, to and from work, is associated with higher blood sugar, according to a report written by researchers from the University School of Medicine in Saint Louis and the Cooper Institute in Dallas and published in The American Journal of Preventive Medicine. High blood glucose levels can lead to pre-diabetes and diabetes.

Your Cholesterol is Higher

The same report in The American Journal of Preventive Medicine found that the 10-mile one-way drives were also associated with higher cholesterol levels among commuters. Scary stuff since cholesterol is a warning sign for heart disease.

The researchers from the University School of Medicine in Saint Louis and the Cooper Institute in Dallas also noted in their report that people with commutes of at least 10 miles each way have a higher tendency toward depression, anxiety, and social isolation. Sometimes it can be hard to determine if your down-in-the-dumps mood is a real problem or something that’ll pass. Check here to determine if you’re depressed or just feeling blah.

A new report from the U.K.’s Office of National Statistics finds that people who commute more than half an hour to work each way report higher levels of stress and anxiety than people with shorter commutes or no commutes at all. While there’s not much you can do to shorten or eliminate your commute, you can make the most of it by doing something like listening to an interesting audio book. Check out these other ways to take advantage of the time you spend in transit.

Your Happiness and Life Satisfaction Decline

Commuting during rush hour—especially when you’re concerned that you may be late to work or to an important meeting—can result in temporary spikes in stress levels that jack up your blood pressure, even if it’s normally stable. In fact, a researcher from the University of Utah set up an experiment where participants were placed in simulated driving scenarios: They were told they were late to a meeting and had a financial incentive to get to their destination quickly. Half the group was put in high-density traffic; the other half “drove” in a less congested environment. The people who drove in more intense traffic had much higher reports of stress, as well as higher blood pressure. If you feel like you’re always in a rush, it might be worth leaving well before rush hour—even if you arrive at work at the same time as you normally would, you’ll definitely feel less anxious on the drive over. Plus, you may also want to employ these tips on how to use yoga to de-stress during the drive.

Your Blood Pressure Rises Over Time, As Well

A study of 4,297 Texans found that the farther the participants lived from where they worked—the longer their commutes—the higher their blood pressure was. High blood pressure over time is a major risk factor for heart disease and stroke.

The Regus Work-Life Balance Index for 2012 found that people who commute for longer than 45 minutes each way reported lower sleep quality and more exhaustion than people with shorter commutes. To get better a better night’s sleep and feel more rested, regardless of your commuter status, check out our story, “Why Are Modern Women So Exhausted?”

Spending hours a week slouched over in a car seat (either as a driver or a passenger) has negative consequences on your posture and your back; commuters are more likely to report pains and aches in their backs and necks. To counteract these ill effects, be sure to check out six ways to straighten up your posture.

This article was written by Carolyn Kylstra and originally appeared on WomensHealth.com. 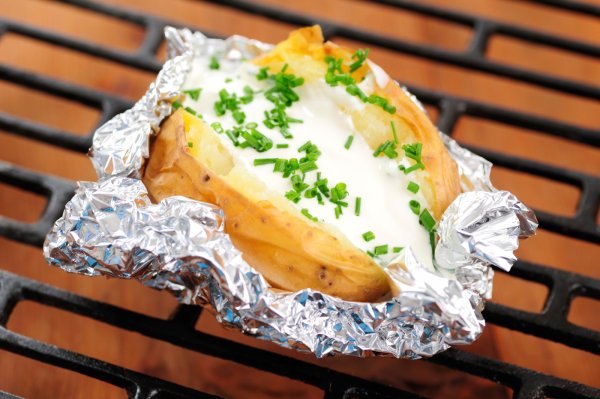 The 10 Most Filling Foods for Weight Loss
Next Up: Editor's Pick