REVIEW: The Real Scandal Around Grace of Monaco: It's Not Very Good

Don’t expect to see Prince Albert II at Cannes tonight. The Monaco monarch, who often visits the world’s largest film festival (which is situated just 40 miles from his French Riviera principality), has condemned Cannes’s opening-night attraction. To Albert, Grace of Monaco is a slur on his parents Prince Rainier III and Grace Kelly, played in the film by Tim Roth and Nicole Kidman. “It recounts one rewritten and needlessly glamorised page in the history of Monaco and its family,” read a statement from the royal family last year, “with both major historical inaccuracies and a series of purely fictional scenes.”

Olivier Dahan’s biopic also vexed another longtime Cannes potentate: Harvey Weinstein, co-chairman of the Weinstein Co., who has declined to release the director’s European cut in the U.S. Dahan, whose La Vie en Rose (La môme in France) won Marion Cotillard a 2008 Best Actress Oscar for her role as Edith Piaf, has called the Weinstein cut of Grace of Monaco “catastrophic” and “a pile of shit.” (No mincing words here.) The battle of the stubborn filmmaker and the world’s most powerful and contentious distributor — with the Oscar-winning Kidman in the middle — could create a succès de scandale at the festival’s opening ceremony.

If only the movie were as theatrically tense as the vibes around it. Often silly but never vivacious, Grace of Monaco fails as both a stately drama of the BBC provenance and an entertainingly trashy tell-all. Arash Amel’s screenplay is replete with international politics (Charles de Gaulle blockades Monaco as a tax haven for the wealthy French) and palace intrigue (someone on the inside connives with the French President), but the film is short on both insight and juice. If it works at all, it is because of Kidman’s commitment to a gilded-cage princess who feels stranded from her roots in Philadelphia, New York City and Hollywood and rejected by the principality’s aristocrats and commoners.

Grace Kelly had a regal bearing long before she married into the Grimaldi clan. The daughter of a Philly bricklayer whose construction company made him a multimillionaire, Grace sported perfect features, a carefully groomed mid-Atlantic accent and the slim sensuality that made her Alfred Hitchcock’s favorite cool blonde in Dial M for Murder, Rear Window and To Catch a Thief. In 1954 she shot the airy thriller Thief on the Riviera. In 1955 she went to Cannes to promote The Country Girl — for which she would win a Best Actress Oscar — and met Prince Rainier. Within a year she was Princess Grace of Monaco.

Hitchcock (Roger Ashton-Griffiths) shows up in Grace of Monaco to offer the princess the title role of the frigid kleptomaniac Marnie; her consideration of a return to Hollywood throws the principality into a tizzy. (If her grace ever saw the botched movie that Hitchcock eventually made, with Tippi Hedren as Marnie, she’d have realized that saying no was the best revenge.) This marks the third film in two years to fictionalize Hitchcock’s imperious persona. After Anthony Hopkins in Hitchcock (about the making of Psycho) and Toby Jones in The Girl (Hedren in The Birds), both Hitchcock and the rest of us deserve a break from impersonators of the master of suspense.

As portrayed here, the princess desperately needs a director. Surrounded by celebrities at ease in their power — Aristotle Onassis (Robert Lindsay) boasts about his genitals, while his mistress Maria Callas (Paz Vega) plays the Euro-glam-dame game — Grace feels confined in isolation and the drudge duties of a hereditary ruler’s wife. She takes council from a worldly priest (Frank Langella), but even he can’t write an appealing script for the rest of her life.

Five years into her reign, she apparently has learned neither the language nor the history of her new land. Only when a professional tutor (Derek Jacobi) plays Henry Higgins to Grace’s Eliza Doolittle, teaching her pronunciation, comportment and the expression of subtly different regal moods, does she take to the royal role she has been cast in since she left the movies. By the end, she feels secure in performing as a European princess and, the movie suggests, averting the French crisis by charming de Gaulle (André Penvern) with her big speech at a Red Cross dinner.

For some movie lovers, the ideal casting for the 32-year-old Grace would have been the 38-year-old Charlize Theron, who radiates a golden-girl elegance and athleticism similar to Kelly’s — not Kidman, who is 46 and pale and grave. It turns out that Kidman makes sense, since the chores of monarchy have diminished this Grace’s glow and Kidman is an ace at conveying primal weariness.

Her performance alludes to two other grand ladies with prominent husbands. Kidman speaks not in Grace Kelly’s confident soprano but in the girlish whisper of Jacqueline Kennedy (later Jackie Onassis), and she carries herself with the outsider status of Lady Diana, whose warmth and popularity far outshone that of the British family she married into. The actress is up to the challenge of Dahan’s long takes and remorseless closeups, shedding tears at the drop of a palace slight and making the job of princess seem like a life sentence.

At today’s press conference, when asked about the royal family’s comments, Kidman said, “I feel sad, because I think the film has no malice toward the family, particularly toward Grace or Rainier … I still have respect, and I want them to know the performance was done with love.” If Albert and his clan were to view the film, she added, “they would see affection for both their parents.” She also proclaimed her kinship to Grace. “I obviously didn’t marry a prince. Well, I am married to a prince. A country prince,” she said, referring to country-music star Keith Urban.

And Dahan was all sweet conciliation in his remarks about which cut of the film would play in the U.S. when the Weinstein Co. eventually releases it. “There are no disputes,” the director said. Even a movie commoner knows that the most regal form of international diplomacy is honeyed tact over the naked truth. 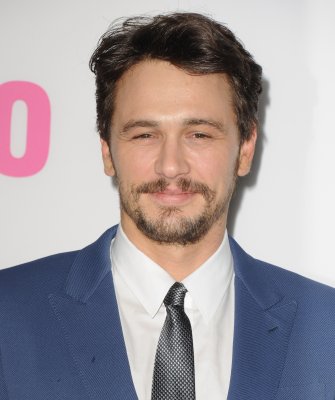 A James Franco Documentary Is Heading Our Way
Next Up: Editor's Pick