Yahoo has acquired Blink, a mobile messaging application that allows users to send messages that will ‘self-destruct’ at a specific time chosen by sender.

The app will be shut down in a few weeks as Blink’s team go on to work for Yahoo’s “smart communication” products.

The deal was announced on the app’s website: “We built Blink because we believe everyone should be free to show the same honesty and spontaneity in their online conversations as they can in person,” the company said, “We look forward to the possibilities that will come from bringing the Blink vision to Yahoo.”

The terms of the transaction were not disclosed and the deal comes just days after rival self-destruct app Snapchat settled charges with U.S. regulators, Reuters reports. The app was accused of misleading its customers and not informing them that their messages could be saved. The ephemeral app Blink is a product of Meh Labs, a company founded by Kevin Stephens and Michelle Norgan, both used to work for Google.

Yahoo has recently acquired several small start-ups as an effort to intensify its presence in the smartphone and tablet market. As consumers turn more and more to mobile technologies to access the web, other big companies have been expanding in that direction. Facebook tried to buy Snapchat for $3 billion late last year but the offer was rejected. The social media giant then went on to acquire mobile messaging app Whatsapp for $19 billion. 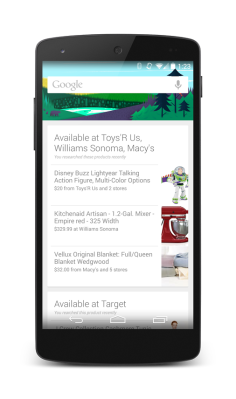 Google App for Android Adds Nearby Shopping Alerts
Next Up: Editor's Pick