This weekend a crocodile was just hangin’ around, trying to soak up the sun and catch some waves off the western coast of Australia, but his shenanigans ended up shutting down Cable Beach in the town of Broome, the West Australian reports.

Before getting kicked out, beach-goers gathered around to check out the 12-foot beast, who was apparently lingering all day Saturday. By Sunday, he had packed up his invisible surfboard and moved on.

“He was a big boy – his head was huge,” Broome resident Sharon Scoble told the West Australian. “It would be all over red rover if he got hold of you.”

Jeff Spicoli would be proud. 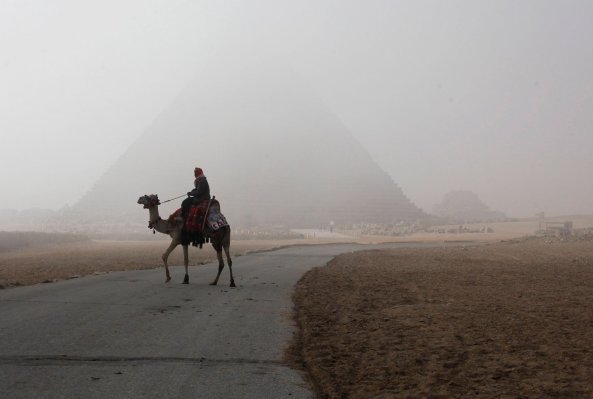