Eric Jensen, left, leaves the federal courthouse in Denver on Jan. 28, 2014, with attorney Forrest Lewis after he and his brother Ryan were sentenced to five years of probation and six months of home detention. The two Colorado cantaloupe farmers, who pleaded guilty to misdemeanor charges stemming from a deadly listeria outbreak in 2011, were also ordered to each pay $150,000 in restitution and perform 100 hours of community service
Ed Andrieski—AP
By Per Liljas

Walmart said Tuesday that it has agreed to settle claims from several relatives of the 33 people who died in a 2011 outbreak of listeria, traced to a cantaloupe farm in Colorado.

The settlement involves 23 of the families and also resolved claims against companies that inspected and delivered the melons, the Associated Press reports. The terms are confidential.

The cantaloupes were likely contaminated in the packinghouse of Jensen Farms in Colorado, owing to dirty water on the floor and old equipment that was difficult to clean, investigators said.

In January, brothers Eric and Ryan Jensen, who pleaded guilty to misdemeanor charges, were sentenced to five years probation and six months of home detention, as well as $150,000 in restitution and 100 hours of community service.

Walmart spokesman Randy Hargrove said the company’s stores in Colorado and other states removed the contaminated cantaloupes as soon as they learned of the outbreak, but relatives of victims have disputed the speed of the company’s response. 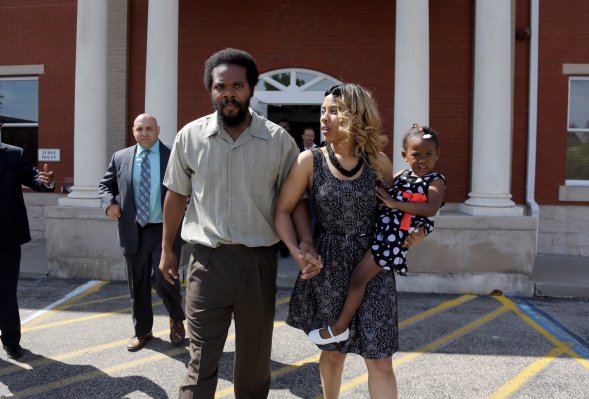