Welcome back to the second part of the supposedly dramatic two-night The Bachelor event. While hometown dates are heavily hyped, don’t pretend that we’re not all here for the Fantasy Suites. Those high threadcount sheets are well worth waiting for.

Last night, Juan Pablo cut single mother Renee loose, because she was nice, caring and her family loved him, proving that he has a high quotient for craziness. To wit, he is meeting Clare, Nikki and ombre Andi in St. Lucia for some quality time on the highway of love.

Here’s what happened on The Bachelor:
Best Travelogue: Juan Pablo talks about St. Lucia like it is just another woman vying for his affection on national television …and it works. Off to book a ticket to St. Lucia for the rest of the month!

First Date: For their one-on-one date, Juan Pablo chooses to meet Clare first, meaning that Andi and Nikki are either sloppy seconds or thirds. Juan Pablo and Clare sail around St. Lucia, ignoring the scenery and instead staring into each others eyes.

Best Cautionary Tale: Juan Pablo and Clare know that there’s a Fantasy Suite at the end of the date, but after getting slut shamed by the chucklehead after their midnight dip in the ocean of love in Vietnam, Clare’s not sure if she will fall for it twice. Although we all know that she totally will.

Best Karma: At dinner, Juan Pablo keeps his hands on Clare and his eyes on the prize (Fantasy Suite!) but she wants to talk about his daughter and how she would be her step mommy. Once he’s done with those formalities, Juan Pablo hands Clare the magic hotel key and she evenly tells him that after he slut-shamed her in Vietnam she’s never having sex with him on national television again. Then he straight-facedly tells her that it’s cool, baby, because “this is what it is, it’s overnight” a.k.a. past Camila’s bedtime. Then they run for the Suite abandoning some mini-burgers, which are not going to eat themselves, on their table.

MORE: The Bachelor Watch: Hometown Dates
Best Sign That Clare Has Read 50 Shades of Grey More Than Once: In the Fantasy Suite, Clare tells Juan Pablo that she has been falling in love with him, “Ever since you put the bandana on me and said ‘trust me.” I hope she paid royalties.

Most NC-17 Moment: As he waits for Andi, Juan Pablo reminisces about his overnight date with Clare. He claims they “talked” and “cuddled” all night, okay mom? No word on whether he showered.

Second Date: Juan Pablo and Andi wander the island harassing the locals. First they forced some steel drummers to teach them to play drums, then they forced some children to play soccer with them, followed by riding a land buggy through the ecosystem and taking over a popular tourist destination for a picnic.

Best Argument For Conflict Resolution: Juan Pablo is concerned that Andi is not in love yet, and she explains that because he has a daughter, she would rather over-think it than under-think it. He claims he thinks everyday (although he clearly didn’t think about the cargo shorts he was wearing). They decide to resolve their differences by “talking” in The Fantasy Suite (For what it’s worth, the hotel is classy enough to have a different Fantasy Suite for each woman).

Best Juxtaposition: The next morning, Juan Pablo claims that he and Andi “talked” and “laughed” for hours and he is very happy. Cut to Andi explaining that she “could not wait to get out of the Fantasy Suite,” because the whole night was a nightmare and a disaster.

Andi vs. Juan Pablo, Part 1: Andi woke up under a cloud of clarity and realized that Juan Pablo kind of sucks. “It’s important for me to be with a guy who loves me more than he loves himself,” she said. In between all their “talking” he was name dropping, having no filter and rudely talking about his overnight date with Clare and he just doesn’t care. In short, she got to know him and she just didn’t like him.

Third Date: Juan Pablo has “no complaints about the other two girls” after all he “got to see Clair in a bikini all day,” but he’s still going on his overnight date with Nikki, of course. He takes her horseback riding — which is not a euphemism — and then they head back to the hotel because Juan Pablo is really looking forward to another long evening of “talking” with Nikki.

Best Conversation: Nikki is contemplative and Juan Pablo’s signature move of leaning in for a kiss whenever the conversation gets intense or emotional (or has words in it that he doesn’t know), isn’t working. Nikki sighs, “The wheels are turning.” Juan Pablo: “Huh?” Nikki: “It means thinking.” Juan Pablo:??? Then Nikki gives up and they kiss some more.

Nikki’s Relationship Bucket List: “Juan Pablo is a great kisser and a great dad and that being said he’s a great person …for me.”

Rose Ceremony, Interrupted: Juan Pablo has had three great overnight dates and has “no idea” what he will do, which troubles Chris Harrison because at this point in the season he should be able to fake interest in at least one of the women. Juan Pablo shrugs and they both chalk it up to a language barrier. Then Chris Harrison shows the “personal videos” from the women and Nikki and Clare both coo their love telegenically from a teleprompter, but things come to a grinding halt when Andi’s video comes up. She needs to give her thoughts in person a.k.a. The Ultimate Televised Chump Dump.

Andi vs. Juan Pablo, Part 2: The producers devoted thirty minutes of primetime television to let America watch Andi dump Juan Pablo, which seems expensive, excessive and somewhat inspired. The TL;DR version is that she’s just not that into him and if she hears him say “it’s okay” again she will die.

The Defense: Juan Pablo knows that he can’t force Andi to like him. He respects her as a woman and as a person and if she doesn’t feel it, it’s okay.

MORE: Bachelor Host Chris Harrison Calls Recent Weeks As Difficult As Show’s Ever Seen
Most Telling Moment: When trying to prove that she doesn’t know everything about him Juan Pablo asks her: “What’s my religion?” “Catholic.” “Oh uh …right.”

Worst Juan Pablo: “That little argument to me, that’s it.” – Juan Pablo, on Andi and probably all women who disagree with him. Also, he told her she made it to the Top 3 “by default.” Ouch!

Biggest Tell Tale Sign: As she heads off in the taxi, Andi does not believe that it’s a language barrier, so much as a jerk barrier. He’s too honest (Maybe too honest with his feelings about her ombre?) She’s not doubting her decision, but is doubting whether she will ever find love, which is, of course, a slippery slope to agreeing to be The Bachelorette.

The Rose Ceremony: Nikki and Clare side eye each other as Chris breaks the news that Andi split. Clare shrugs, but Nikki actually gasps before Juan Pablo arrives with tears in his eyes and demands that each woman swear fealty to him and promise that she is there for the right reasons before she gets a rose and the privilege of joining the menage.

Best Reason To Come Back Next Week: The women tell all, but then Juan Pablo shows up, so it’s kind of a wash, really. 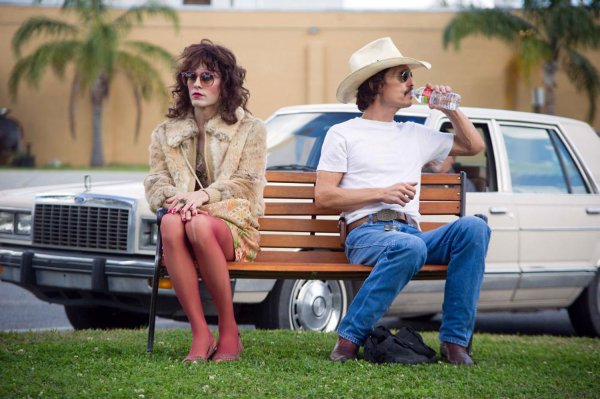