America on Same-Sex Marriage: 10 Takeaways From a New Report

On Wednesday, the Public Religion Research Institute released a sweeping survey about American attitudes toward LGBT issues. Using 2003, the year Massachusetts became the first state to legalize gay marriage, as a point of comparison, the editors show how opinions about gay marriage and other related topics have changed in recent years. They also analyze where major religious groups, from Catholics to Jews, stand on the issue right now. Here are 10 takeaways from their report:

1. The majority of Americans favor the legalization of gay marriage, but those numbers aren’t surging: Big victories like the Supreme Court striking down the Defense of Marriage Act don’t appear to have had huge effect on America’s leanings. The PRRI poll found that 53% of Americans favor allowing gay and lesbian couples to legally marry, which is where ratings have been hovering since pollsters first reported majority approval in 2011. Less than one-third approved in 2003.

2. About 5% of Americans identify as lesbian, gay, bisexual or transgender: Of the 4,509 Americans they polled in November and December, 5.1% self-identified as LGBT. The American public, the editors note, overestimates the size of that population, with median estimates at 20%.

3. People who believe that AIDS is God’s punishment for immoral sexual behavior form a shrinking minority: The poll found that 14% of American’s believe in the theory of divine retribution. That’s less than half the amount that believed in it in 1992, when 36% said AIDS could be a punitive measure.

4. The people most supportive of same-sex marriage are Jewish and the unaffiliated: People who identify themselves as affiliated with no religion have more than doubled, to 22%, since 2003, the poll found. Members of that group approved same-sex marriage at a rate of 73%, trailing the Jewish community’s resounding approval rate of 83%. The poll doesn’t provide a comparison for Jewish Americans in 2003, when surveys found that the unaffiliated were the most supportive.

5. The religious groups least supportive of same-sex marriage are evangelicals and Protestants, but they are becoming more tolerant: Just 27% of white evangelical Protestants approve of same-sex marriage, while only 35% of black Protestants support it—but these are more than 10-point increases from where the groups were in 2003. These groups were also the most likely to say that being gay or lesbian was “due to factors such as upbringing or environment” rather than “something a person is born with.”

7. Republicans have a long way to go in winning over the LGBT community. Less than 30% of Americans believe the Republican Party is friendly to LGBTs, and that drops to 15% among self-identified LGBT respondents.

10. Young people and old people are not on the same page: “It is difficult to overstate the effect age has on support for same-sex marriage,” the poll reads. Even groups that are most opposed to same-sex marriage show significant generation gaps. The majority-approval rule does not apply, for instance, to Southerners, Republicans, rural residents or black Americans as a whole, but it does apply to the Millennial slices of all those groups. Overall, nearly 70% of Millennials support same-sex marriage. 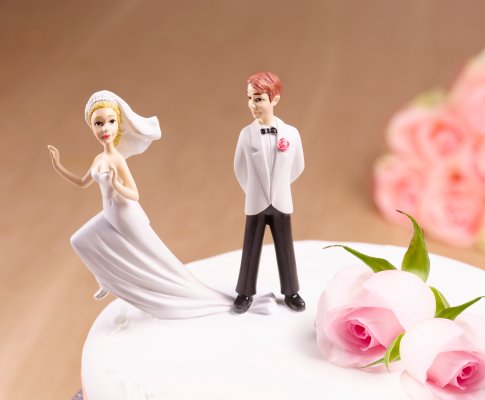 'Straight Talk' the Princeton Mom Should Give to Young Men
Next Up: Editor's Pick