Victims of sexual assault are increasingly given access to free medical exams after the crime without facing pressure to report the matter to police, according to a new study. But barriers to access remain, especially for minority women, and the close correlation between medical exams and reporting to police raises the prospect that federal efforts to de-couple the two haven’t been fully realized.

The Urban Institute study, funded by the Department of Justice and released Wednesday, sought to assess whether a 2005 amendment to the 1994 Violence Against Women Act is succeeding in funding rape exams and ensuring victims aren’t pushed to report crimes as a condition. Researchers largely gave the six states and 19 jurisdictions studied high marks on this front. But the study also found that victims who do obtain the exams are more likely to report the crime. And researchers expressed doubt that the funding is succeeding in increasing the total number of victims seeking help.

“Most victims who access the exam, according to our respondents, report to police,” said Janine Zweig, the lead author of the report. But Zweig said “the spirit of the law has not come to pass.”

“The ability to get the exam for free without reporting to police does not seem to have translated into a much larger number of victims getting the exam and participating in the criminal justice process,” she said.

Rape exams—which can include treatment of injuries, collection of blood and urine, testing for pregnancy and sexually transmitted diseases, and referrals to counseling services—are an opportunity to collect evidence that can potentially lead law enforcement to identify perpetrators. But the uniqueness of the crime—the majority of sexual assault victims know their attackers and many victims don’t recognize that an assault has occurred—has been shown lead some victims to completely shy away from help.

Before the 2005 amendment was passed, some law enforcement agencies were found to have required victims of sexual assault to report the crimes when receiving a rape exam. Congress clarified that victims are not obligated to report to police when they receive the exam. The idea was that victims could take their time when considering whether or not to report to police, while allowing for the collection of evidence that could be used during a later investigation. In the meantime, they would have access to a plethora of medical services to aid in their recovery.

But only three localities reported that more than a quarter of victims received exams without reporting to police, according to the report. The majority of localities estimated that only between 5 to 10% of victims didn’t report their assault.

What’s more, victims in some groups face additional barriers to accessing the exams altogether. More than half of providers surveyed said non-English speakers had increased difficulty receiving an exam, partly because of language barriers. In one location, victims who were undocumented immigrants reported forgoing help to avoid the risk of deportation or arrest. Those in rural areas and Native Indians face difficulties traveling to the limited number of providers in their state.

Some victims even reported not receiving exams because they did not want to report to police, showing there remains a gap in public knowledge around the requirements of these exams.

“When someone chooses to forgo the exam for whatever reason, everyone loses,” Zweig said. 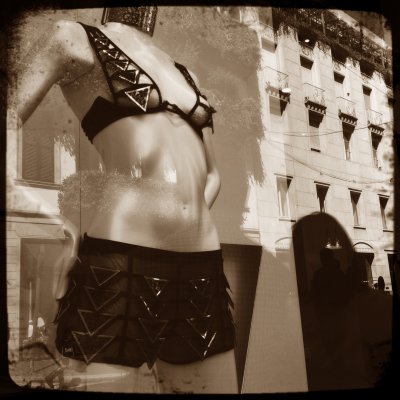 Lingerie Store Under Fire for Mannequins So Skinny Their Ribs Poke Out
Next Up: Editor's Pick