As I Lay Dying Frontman Admits Plot to Murder His Wife

In this Sept. 16, 2013 file photo, Timothy Lambesis, a co-founder of the Christian heavy metal band As I Lay Dying, appears in Vista Superior Court in San Diego, Calif.
K.C. Alfred—AP
By Nate Rawlings

The lead singer of the Grammy-nominated metalcore band As I Lay Dying has admitted to trying to have his estranged wife killed and now faces a lengthy prison sentence.

Timothy Lambesis, the frontman for the popular group, pleaded guilty on Tuesday to one charge of solicitation of murder. He was arrested last May after seeking out a hit man to kill his wife, Meggan, who had sought to have their marriage dissolved in court.

Lambesis allegedly told a personal trainer he wanted to get rid of his wife, which initiated an investigation. The singer later paid an undercover detective $1,000 in cash and gave him instructions on how to kill his wife.

The singer initially pleaded not guilty to the charge that he plotted his wife’s murder. He faces a maximum sentence of nine years in prison and is free on a $2 million bond until his sentencing in May.

Meanwhile, As I Lay Dying is scheduled to begin a multi-city tour in May with the band Killswitch Engage. There was no immediate word on whether the band plans to replace Lambesis as their lead singer. 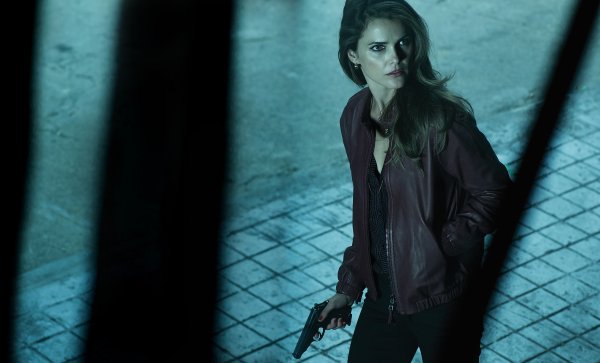 Review: The Americans Returns for Season 2
Next Up: Editor's Pick