Michael Sam said his historic weekend has yet to sink in during a Tuesday press conference with the other new St. Louis Rams draft picks.

“I still [don’t] really feel like I’m part of the NFL right now,” Sam said. “I’m blessed.” When asked how it feels to be the first openly gay athlete drafted to the NFL, he replied: “I guess it’s great.”

Sam became the first openly gay football player to be drafted by a professional team on Saturday when the St. Louis Rams selected him in the seventh round of the NFL draft. After coming out as gay in an interview with ESPN earlier in 2014, the University of Missouri graduate had the best year of his career and was the Southeastern Conference defensive player of the year.

He was not, however, a surefire draft choice — Sam was the 249th pick out of 256 total, and he’s still not guaranteed to make the Rams’ roster. “I’m determined to be great,” Sam said. “I’m going to train hard and try to make the team.”

Sam said the interest in his sexuality — even President Barack Obama congratulated Sam’s milestone in a White House statement this weekend — will motivate him to bring the attention back to his athletic performance. “Thank God for you guys making this all a big deal, because it’s just going to make me a better player than I am now,” he said.

Sam, who says he wouldn’t change a thing about his coming out and the draft, adds that he did not feel nervous about how he would be perceived in the locker room. “They came to me, actually,” he said. “‘Welcome to the family, let’s get to work,’ and that’s what we’re going to do.”

Asked whether he hopes to be a role model for others, he replied: “I’m just looking forward to continue on my dream, if it inspires other people hey I’m with you … If someone disowns you hey, be a part of my family.”

In addition to talking about his sexuality, Sam also spoke about working with his new teammates and why he’s happy to be the joining the Rams, which are headquartered about two hours away from where he played college football. 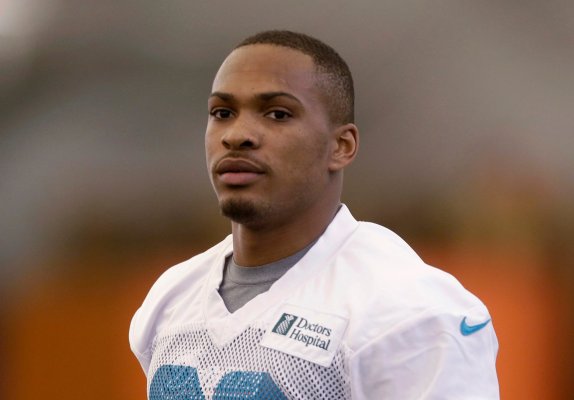