Google’s project to change transportation by designing cars which can drive themselves is getting less secretive. On Tuesday, the company pulled back the curtain a bit more by holding its first-ever media event for the initiative near its Mountain View, Calif. headquarters. It began with presentations by people involved with the project, including Chris Urmson, its director, who summarized the need for self-driving cars by noting two statistics: the 33,000 people in the U.S. and 1.2 million worldwide who die each year in car accidents, mostly because of mistakes made by human drivers.

Mapping lead Andrew Chatham, who said that teaching a car to drive boiled down to helping it answer four questions:

From a technical standpoint, the car uses lasers, radar and cameras to construct a 3D image of the world around it, and uses that to make driving decisions. The software “takes on a lot of sensor data and then out come two numbers,” said software lead Dmitri Dolgov. “Gas pedal and steering. Not that complicated at all.”

One of the self-driving Lexus SUVs at Google's event, with a laser-shooting cylinder on top
Harry McCracken / TIME

Sitting an auditorium learning about self-driving cars was interesting–but not as interesting as the final portion of the event, in which the assembled journalists got to go for rides in Google’s customized, self-driving Lexus SUVs.

This was my second trip in a Google self-driven vehicle: Last fall, when I was working on our TIME cover story about Google’s moonshot projects, I went on a highway jaunt in one. This one focused on surface roads, which made for a more varied, impressive demo, with starts, stops, turns and careful accommodations for pedestrians and cyclists.

Let’s continue this in FAQ form:

There’s a laser-shooting gizmo on top of the car and plenty of electronics in the trunk, but in the passenger cabin, there’s less evidence than you might think that you’re in a most unusual vehicle.

All of Google’s trips include at least two human participants: a driver (who can instantly take over control at any time) and a co-driver. The driver has a small heads-up display which summarizes what the car’s vision system sees, with color-coded indicators for other vehicles, pedestrians, cyclists and other things it needs to contend with. The co-driver who monitors the journey on a laptop which shows a more elaborate version of what the car is detecting.

Me, I was smooshed in the utterly conventional back seat with two other tech journalists, so I couldn’t see what was going on up front all that clearly. There were even moments when I wasn’t sure whether the Google human behind the wheel was steering, or the car was.

Longer answer: There’s no rational reason to be scared. In aggregate, Google’s self-driving fleet has logged over 700,000 miles without causing an accident, the company says. (There have been “a handful” of incidents in which another vehicle driven by a human has struck one of Google’s cars.) That’s a better safety record than many flesh-and-blood motorists can claim.

The Google cars drive safely in part because they’re programmed to be relentlessly cautious: Unlike many a human driver, they won’t push their luck. And if something unexpected and dangerous happened, the Google employee behind the wheel could have taken over.

If self-driving cars become commonplace, I’m sure there will be people who will be terrified of them. But you know what scares me? The idea of sharing roads with thousands of strangers who could be drunk, stoned, sleepy, using Tinder or simply incompetent. That we already deal with every day.

Did other drivers or pedestrians gawk?

Not that I could see. But we were tooling around in the immediate vicinity of the Googleplex, so the locals are used to seeing self-driving cars, Google employees on multi-colored one-speed bicycles and other evidence of the large and quirky company headquartered in their fair city. The particular self-driving car we were in, unlike some, wasn’t labeled as such, so the only sign it was anything out of the ordinary was the laser cylinder on the roof.

At one point, we passed a guy pedaling a recumbent bike–his vehicle was more of an eye-catcher than ours was.

Did anything out of the ordinary happen along the way?

Nope. Our excursion was pretty mundane, except for the fact that the steering and navigation was all being handled by a computer system equipped with various sensors.

Of course, there’s nothing mundane about that: Every time the car stopped when it should have, turned a corner and ended up in the correct lane, or kept out of the way of a cyclist, it was remarkable. The idea is to make it all work so well that you stop thinking about it–and for the most part, I did.

Note that the self-driving cars aren’t yet capable of handling the job anywhere: They only work in areas where Google has created insanely detailed maps which encompass not just roads but also stop lights, driveways, curbs and other items which the car needs to know about. The same car which chaffeured us around Mountain View so confidently wouldn’t have had a clue what to do in Duluth or Topeka.

Does it feel like you’re being driven by a robot or a human?

A little bit of both. Much of the time, the steering seemed to be choppier and more insistent than that of a typical human motorist. It reminded me of my Ford Focus when I use its assisted parallel-parking feature: The car felt less like it was performing an act of physical dexterity, and more like it was solving a math problem.

At other moments, though, its habits were eerily human. At one point, we were stopped at a red light and the car kept creeping up ever so slightly, much as I do when I’m impatient to continue on my way. That’s because the vehicle is continuously assessing the driving situation, and sometimes makes tiny, unnecessary adjustments–something which Google says it’s working on smoothing out, although I found the effect rather endearing.

Does riding in a self-driven car leave you looking forward to the day when this technology is no longer experimental?

Yes. Especially since I got to Google’s event by spending an hour and 20 minutes stuck in rush-hour traffic on Highway 101, a trip which will be far less tedious when I can do it while reading, answering email or otherwise being productive.

Google co-founder Sergey Brin has talked about self-driving cars being a reality for “everyday people” within five years–and he said that a year and a half ago, which would suggest he was thinking about 2017. At Tuesday’s event, project director Urmson stressed that safety trumps all other issues, and that Google’s self-driving cars won’t reach the market until they’re road-ready. (The company isn’t talking about how it sees its technology being commercialized, other than to say it’s considering its options.)

I’ll be glad when rides like the one I took at the event are nothing out of the ordinary–and even if Brin’s timetable turns out to have been irrationally exuberant, I think that day will come. 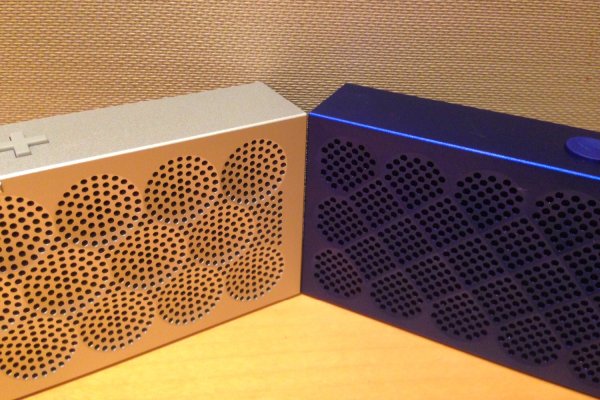 Jawbone Is Making Its Mini Jambox Way Better
Next Up: Editor's Pick