The leader of "Debout Les Belges!," far-right lawmaker Laurent Louis (C) perform the 'quenelle' gesture ahead of the anti-Semitic congress, "First European Conference of Dissidence", organised by Chamber member Laurent Louis in Anderlecht, outside Brussels, on May 4, 2014.
NICOLAS MAETERLINCK—AFP/Getty Images
By Dan Kedmey

The Anti-Defamation League’s first ever global survey of anti-Semitic attitudes has found that one-quarter of its survey’s respondents, representing 4.1 billion adults around the world, harbor negative stereotypes about Jews.

The ADL surveyed 53,100 adults in 102 countries, presenting them with a list of 11 Jewish stereotypes, ranging from fear of Jewish control over banks, media and world affairs to theories of group psychology. One in four adults responded “probably true” to at least 6 of the 11 stereotypes.

ADL National Director Abraham Foxman said of the findings, “For the first time we have a real sense of how pervasive and persistent anti-Semitism is today around the world.”

The survey found widespread regional variations, with 74% of respondents in Middle East and North African countries agreeing with a majority of the stereotypes, compared with 19% of respondents in the Americas, and 14% in the islands of the Pacific Ocean (Oceania).

Respondents often proved to be ignorant about Jewish culture and history. Nearly half had never heard of the Holocaust, and the trend was rising among young adults.

But the surveyors highlighted one bright spot among the findings: more than a quarter of respondents did not assent to a single one of the stereotypical statements, slightly outnumbering those who had embraced them. 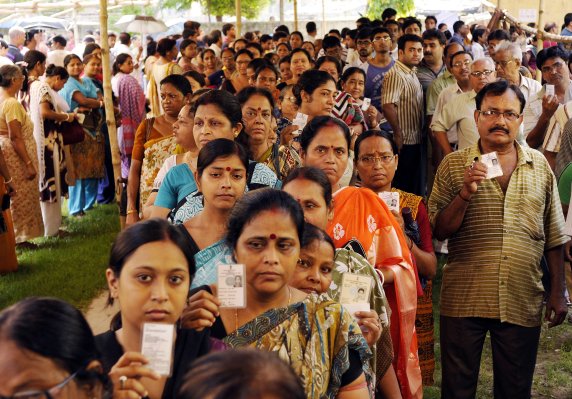 The World's Largest Exercise in Democracy
Next Up: Editor's Pick