The World's Largest Exercise in Democracy

Voting in India’s general elections concluded on Monday, five weeks after the first ballots were cast.

The poll, the biggest in world history, unfolded over nine phases, with the results expected to come in on Friday, May 16. Some 550 million people took part in the process, which is a record turnout for India.

Exit polls indicate that an alliance led by the opposition Bharatiya Janata Party Party (BJP) looks set to win the elections, with their controversial leader Narendra Modi in pole position to become the country’s next Prime Minister. 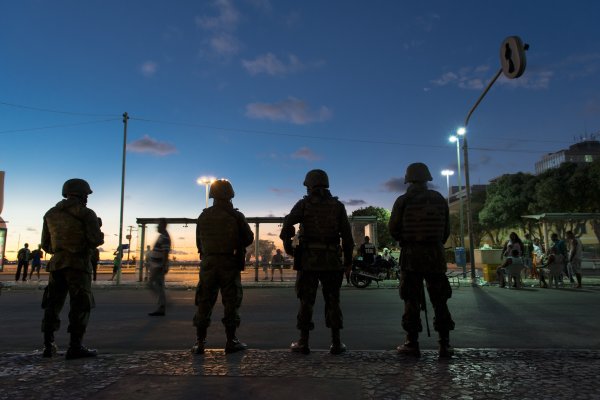 Brazil Beefs Up Up Security Ahead of The World Cup
Next Up: Editor's Pick