Moscow threatened to deactivate all U.S. Global Positioning Systems on Russian soil Tuesday as part of an escalating dispute over a satellite infrastructure agreement, as well as threatening to withdraw from agreements on the International Space Station.

Deputy Prime Minister Dmitry Rogozin lashed out at U.S. negotiators during a Tuesday press conference, calling the U.S. an “unreliable partner” and vowing to retaliate if the U.S. does not allow Russia to install its own GPS systems, known as GLONASS, on U.S. soil, the Moscow Times reports.

He also threatened to suspend Russia’s cooperation on the International Space Station by 2020, suggesting that U.S. astronauts, deprived of seats on Russia’s Soyuz spacecraft, could always reach the space station “using a trampoline.”

The U.S. currently operates 11 GPS stations in Russia, which are used to guide rocket and satellite launches. The threats follow Washington’s move to review whether infrastructure agreements with Russia pose a threat to national security, as the U.S. seeks to distance itself from Russia after its actions in Ukraine.

Rogozin has a history of sending feisty tweets to U.S. officials, most notably to “Comrade @BarackObama” after the U.S. added him to a list of Russian officials sanctioned over the annexation of Crimea in March. 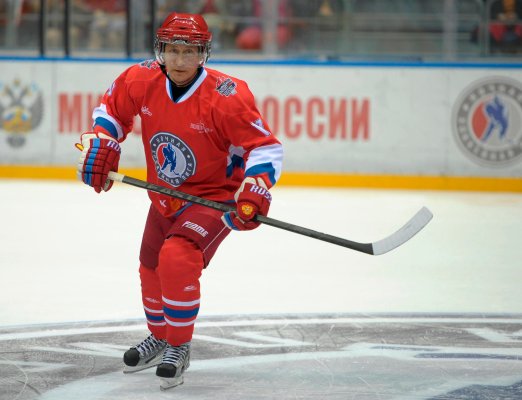