Someone wrote the names of four people on the wall of a women’s bathroom on Columbia’s campus under the heading “sexual assault violators on campus.” Each name was written in a different handwriting. The university confirmed reports by the Columbia Spectator and the Columbia Lion, that the graffiti had been found and since removed.

The incident has further fueled tensions on campus over student safety. Last month 23 Columbia and Barnard students filed a Title IX complaint against the University claiming that Columbia mishandles sexual assault cases reported on its campus. Columbia is just one of 55 schools currently be investigated by the federal government for violations of Title IX, which say that college have a responsibility to protect their students from sexual violence on campus. In fact, complaints of campus rapes and assaults are so prevalent across the United States, that the White House has established a task force to address the issue with new guidelines for universities on how combat the problem.

At Columbia, students complain that the university doesn’t provide enough education about what constitutes consent to their students, hands down too-lenient sentences to alleged assailants and prioritizes its reputation over the safety of its students. Students have accused the school of burying cases so as not to be known as a campus plagued by sexual assault. The university has responded by holding town halls on the topic but has declined to comment about its ongoing Title IX investigation or any future policy changes.

It’s within this tense environment that someone seems to have taken matters into their own hands attempting to use public shame as a tool by revealing the names of alleged assailants that are normally kept private unless criminal charges are filed. The list could be meant to help women protect themselves against potential rapists. (According to one study, the majority of rapists are repeat offenders, averaging 5.8 rapes each.) But revealing the names could also pressure those listed—whether they are guilty or innocent—to leave campus.

The strategy of shaming—whether intentional or not—has drawn press at another Ivy League campus. Lena Sclove, a student at Brown University, went to the school when an assailant allegedly sexual assaulted her and choked her. Even though the university’s review of the matter in October 2013 found that Daniel Kopin had violated four of its Standards of Student Conduct (including “sexual misconduct that involves non consensual physical contact of a sexual nature”), it permitted him to resume his studies the following fall. Sclove started a Facebook page and held an informal protest. And though she did not publicly name Kopin, according to the Daily Beast, the Brown Daily Herald did when they covered a Sclove press conference. That coverage was picked up by the likes of Jezebel and Slate, who used the assailant’s name.

And though Kopin’s attorney released a statement asserting that “these claims are false,” it also said that Kopin does not plan on returning to Brown in the fall. Whether innocent or guilty—and it’s important to note that the university did find him guilty of violating its Standards—Kopin has been shamed off his campus.

If universities do not improve the way in which they handle cases of sexual assault to the satisfaction of students and activists soon, more people may try to circumvent the authorities entirely.

Correction: This story was updated on May 21 to clarify the nature of Daniel Kopin’s misconduct and the timing of the university’s review and to correct the timing of Kopin’s departure from Brown. Since the original publication of this story, Kopin has provided a statement about the matter. You can read it here. 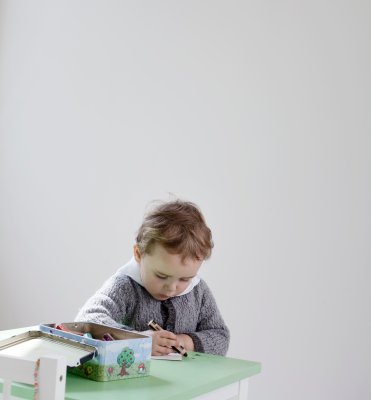