Look, I know you want to pick a horse when it comes to video game consoles, and you don’t want anyone telling you that you picked wrong, or less than ideally. Everyone loves their horse. To be clear, that’s not what I’m up to here. I love the PlayStation 4: it’s a phenomenal piece of hardware. This is me endorsing Microsoft’s decision to sell a version of Xbox One without Kinect, not an endorsement of Microsoft or Xbox One. I have platform preferences like anyone, but they’re not part of this piece.

These are simply my thoughts about Microsoft’s decision today to announce a Kinect-less Xbox One for $399, coming on June 9. I think it’s as good an idea as any the company’s had since it dreamt up the Xbox 360 last decade. And given all the hoopla the company’s made about Kinect being an essential part of the Xbox One experience, I think it’s just as tectonic.

It levels the playing field, price-wise.

Obviously, but that’s important for less obvious reasons: the Xbox One was already selling reasonably well at $500, if nowhere near PS4 numbers, and that’s a relevant point. But the Xbox One is well ahead of Xbox 360 sales for the same period, and it’s doing so in a fraction as many markets as the PS4.

And now it’s $100 less expensive. Officially. You can make the argument it was already $50 to $100 less expensive thanks to retailer deals and promotions, or after you factor in the cost of this or that bundled game, but making the Xbox One’s baseline price official locks Microsoft in, and makes future price shaves or bundle deals that much sweeter.

I know: You want to tell me the playing field isn’t really level, how a game like Assassin’s Creed IV runs at a lower resolution on the Xbox One than it does the PS4, and how that’s been a problem for several other games, too. I get it, but that’s always struck me as a shortcut to thinking, a way of reducing artful experiences to processing cycles (to say nothing of its presumptions about what these systems are going to be capable of in a year or three).

Is the platform powerful enough to render the games you want to play? That’s what matters. Unless you’re a videophile — and in that sense, a fraction of a fraction of the populace — that’s the only thing that ought to matter.

It lets Microsoft off the hook, vision-wise.

I have no idea if recently appointed Microsoft CEO Satya Nadella had his hand in this, so I’ll just say that I find Kinect a fascinating experiment, and one I’d love to see continue. It’s what you get when you marry Minority Report, Sony’s Eye Toy and Dragon Dictate, a post-Wii riff on futuristic notions that your body and voice are all you need to make stuff happen in increasingly semantic, augmented reality environs. But it’s currently like that (possibly apocryphal) Gandhi quote, where he supposedly said in response to a question about his views on Western civilization, “I think it would be a good idea.”

I think Kinect would be a good idea. But it’s a work in progress. And foisting it on gamers as part and parcel of the Xbox One experience was probably not a good idea, especially given what it did to the system’s sell price. This move lets the company double down on pitching the Xbox One to serious gamers — their first line of supporters, same as Sony’s PS4.

It tells us that Microsoft’s willing to act, even when it hurts.

Imagine Apple doing this with…well, any of its products. Microsoft’s yanked feature after feature from the Xbox One’s launch arsenal — mostly for the better, in my view. That’s partly the sign of a company having trouble reading its audience, and too much of that can shut you down, but it’s also the sign of a company that’s willing to admit defeat and follow wildly different vectors.

Yes, the Xbox One’s trajectory since launch looks like a series of withdrawals, from its position on home invasiveness to those stringent preliminary used-game requirements. But ask any military leader: sometimes you have to retreat to find your footing.

After years of stonewalling (and griping by blowhards like me), Microsoft’s finally going to unpack apps like Netflix and Hulu from its $60-per-year Xbox Live subscription requirement (and that’s for both the Xbox One and Xbox 360). That requirement’s always felt like double-dipping, since you were in essence paying Microsoft a toll to access something that had its own subscription fees (and for which you paid nothing on Sony’s more open-ended PlayStations 3 and 4). Launching a Kinect-less Xbox One now is the meat and potatoes here, but unbundling entertainment apps from Xbox Live is the gravy.

Yep, pulling Kinect out of the box poses problems for the handful of games that depend on it — games like Just Dance 2014 and Kinect Sports Rivals. But by doing this early on, Microsoft’s minimizing the fallout, which could have been considerable had this instead happened two or three years out (though to all the developers who’ve slaved to make the peripheral relevant, including those at Microsoft designing the One’s interface, you have my sympathies).

But where I can see the logic in arguments that selling a platform with innovative peripherals can increase diversity in game design, I’m not sure Kinect’s such a peripheral. It’s been a boon for armchair innovators who’ve paired Kinect with PCs to come up with unexpected, often very cool contraptions, but it’s also important to remember this move changes none of that.

This decision is Microsoft recognizing two things: that Kinect isn’t a killer enough idea to justify a $100 price differential with its closest competitor, and that a $399 Kinect-less system probably moves a ton more systems than a $499 one.

We’ll see. The worst that could happen to video games at the platform level, in my view, is a major competitor pulling too far ahead of another. That might sound like victory to diehard fans, but it’s trouble down the road. Microsoft would never couch it as such, but the Xbox One will cost $399 in June in part because of the PS4. It only benefits us then, as consumers, if this maneuver allows Microsoft to regain a bit of lost ground, keeping the pressure on Sony, and for both systems to move forward, side by side. 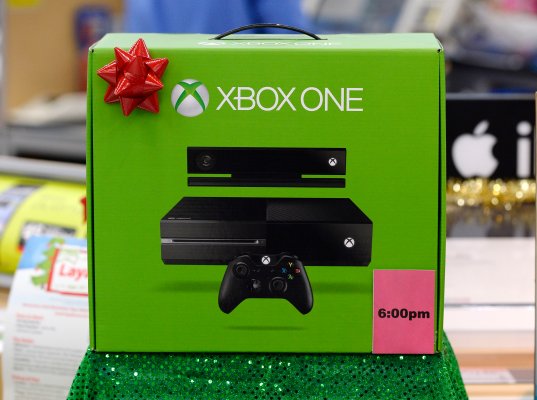 Boom: Microsoft Releasing a $399 Xbox One Without Kinect in June
Next Up: Editor's Pick