Modern Family couple Mitchell Pritchett and Cameron Tucker are expected to tie the knot during the two-part finale of the television show, set to air on Wednesday. And to celebrate the milestone in the family comedy, ABC footed the bill for other couples to get married at New York’s City Hall on Monday.

The network covered the cost of marriage licenses and wedding ceremonies for couples who got married at the City Clerk’s office, which usually cost about $35.

Ferguson, who recently married fellow actor Justin Mikita in July, said it has been “surreal” getting married onscreen so shortly after his own wedding.

“I got married in July, then I got engaged again in September and then married again just a few months ago, so I’m basically Elizabeth Taylor,” Ferguson said. “And having a lot of the same people at both weddings was fun!” 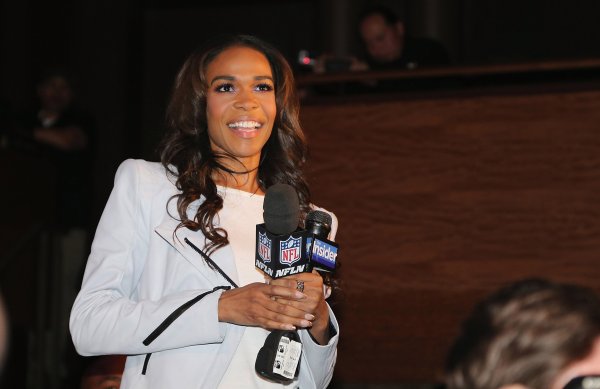 Kelly Rowland and Michelle Williams Were Doing Stuff This Weekend, Too
Next Up: Editor's Pick