Former Israeli Prime Minister Ehud Olmert was sentenced to six years in prison Tuesday and ordered to pay a fine of more than $289,000 after a court convicted him of accepting bribes during his time as mayor of Jerusalem.

Olmert was convicted of accepting $161,000 from realtors who sought approval for a contentious luxury housing development in Jerusalem called Holyland. He served as mayor of the city from 1993 to 2003, and was Prime Minister of Israel from 2006 to 2009.

Judge David Rozen compared Olmert to a “traitor” during the sentencing, the New York Times reports, and railed against the wider corruption of political and business elites. “The cancer must be uprooted,” Rozen said.

Olmert’s defense team had requested a commutation of the sentence to community service, but Rozen matched the prosecution’s request for jail time.

The former Prime Minister maintains his innocence and vowed to appeal the decision in a statement on Tuesday, calling it “severe and unjust.” 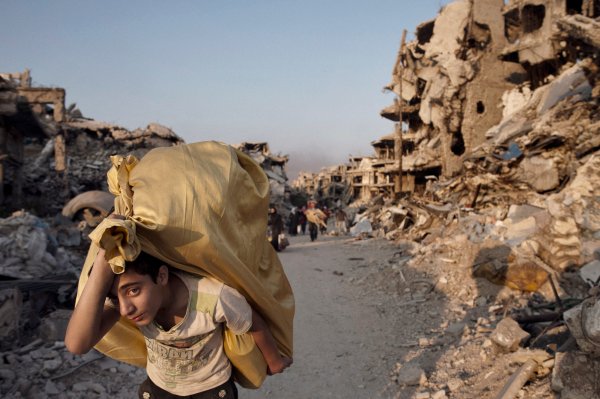 Devastation in Homs
Next Up: Editor's Pick