5 Reasons the Samsung Galaxy S5 Will Crush the iPhone

Samsung is firing its latest shot at Apple with the launch of the Galaxy S5 on April 11. The Galaxy was once one of many also-rans in a market that Apple dominated, but Samsung’s persistence (and deep pockets) have made the Galaxy line into a worthy competitor to Apple’s most valuable product. The latest Galaxy has some advantages that may help it best Apple’s flagship phone in sales, at least for a little while. Here are five reasons the Galaxy should be a hit come spring:

The Galaxy S5’s screen is more than an inch bigger than the iPhone 5s’s and has a higher resolution. Many people now prefer phones with large screens over ones that easily fit into a pocket. Phablets, devices that are the size of small tablets but also have phone functionality, are projected to reach 120 million by 2018. The Galaxy isn’t quite that huge (Samsung’s Galaxy Note fits the bill), but its large form factor will especially appeal to people who use their smartphone as their only computing device, which is a common habit in developing markets.

Before the Galaxy, smartphones that ran on Android software were typically lumped together and colloquially called “Droids,” thanks to some effective marketing from Verizon. Samsung has been able to break the mold and given the Galaxy an identity all its own. The company announced at the Mobile World Congress that the Galaxy S line has sold 200 million units since 2010 (the iPhone has sold 410 million in the same time frame, according to Business Insider). Samsung also has a huge market of users who buy their other cheaper phones. The company sold 300 million smartphones total in 2013 alone, according to Gartner, leading all phone vedors. Some of these users could eventually be upgraded into Galaxy users if given the right push.

Following the success of wearable health tech like Fitbit, Samsung is trying to make its flagship smartphone into a better exercise companion. The new Galaxy comes equipped with a heart rate monitor. When a user puts their finger up to the sensor located just below the phone’s camera, it can measure a pulse within five to ten seconds. A pre-installed app on the phone called S Health 3.0 allows users to keep track of their heart rate over time. Matched with Samsung’s just-announced Gear Fit smartwatch, the feature proves Samsung is serious about cornering the fitness market.

The iPhone 5s launched in September 2013, an eternity ago in the rapidly evolving world of smartphones. The Galaxy S5 could be the most advanced device on the market when it launches in April. It may get as many as five months of exposure unencumbered by the hype machine that accompanies a new iPhone release (new iPhones have launched in September or October since 2011). In the past Samsung has benefited from these windows when the iPhone grew a bit long in the tooth—the Galaxy S3 shipped more than the iPhone 4S during the third quarter of 2012, as people awaited the arrival of the iPhone 5.

Samsung spent a whopping $14 billion on advertising in 2013, according to a Reuters estimate, dwarfing the $1.1 billion spent by Apple. This money goes toward everything from television commercials to film premieres at the Sydney Opera House to buying one million copies of Jay-Z’s last album to release via mobile app. There’s no telling what Samsung has in store for the Galaxy’s rollout, but the phone will likely be inescapable in popular media. 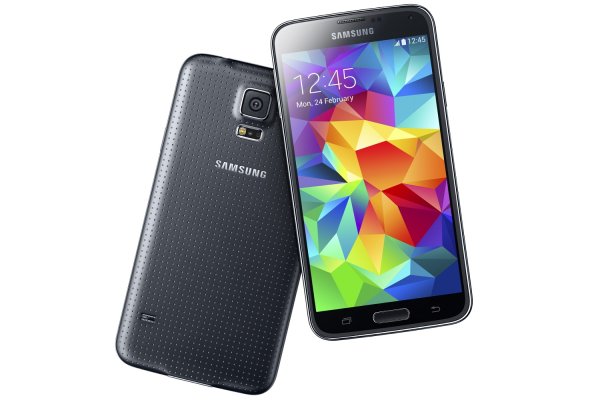 With the Galaxy S5, Samsung Wakes Up in a Post-Specs World
Next Up: Editor's Pick