A Los Angeles judge called for an investigation into legendary DJ Casey Kasem’s whereabouts Monday, after a lawyer for his wife told the judge he wasn’t sure where the ailing disc jockey was being treated.

Kasem, 82, can’t speak due to advanced Parkinson’s disease and has reportedly been moved to a variety of medical facilities at the request of his wife, Jean Kasem. Fox News reports Jean’s lawyer, however, failed to tell a Los Angeles County Superior Court Judge where Kasem currently is, sparking Judge Daniel S. Murphy to order a court investigator and adult protective services to locate the former “American Top 40” host.

“I have no idea where he is,” said Jean’s attorney Craig Marcus on Monday.

Kasem’s daughter Kerri, from a previous marriage, is seeking control of the elderly DJ’s care and medical records, in part of an ongoing feud between Kasem’s wife and his children. In late 2013, his daughter Julie reached a visitation settlement with Jean, the details of which were not released. The DJ’s kids have repeatedly complained that Kasem has been moved a number of times without their knowledge and they haven’t been able to visit. Kerri reportedly filed the latest complaint last week. 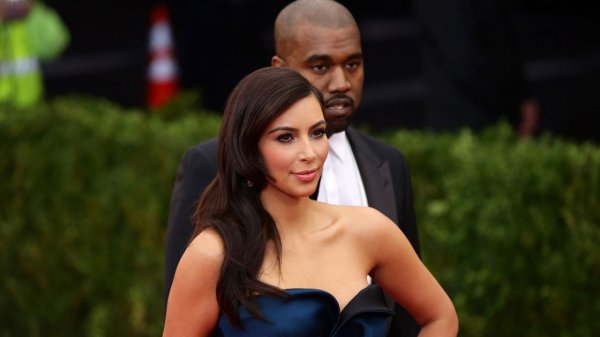 Kanye Gives Kim a Huge Wall of Flowers for Mother's Day
Next Up: Editor's Pick