A Harvard University student club’s planned re-enactment of a satanic ritual was canceled at the last minute, amid backlash from students, alumni and the Archdiocese of Boston.

The “black mass,” to be hosted by the Harvard Extension School’s Cultural Studies Club, would have taken place at a pub on the school’s Cambridge campus Monday night. The club called it a “re-enactment” that was intended solely for educational purposes. The ritual was historically performed to mock the Roman Catholic Church.

About an hour before the ritual would have been held, the dean of student affairs at Harvard’s Extension School said in a statement that the black mass had been moved to an off-campus location. Fox Boston later reported that the group then canceled the event because it was unable to secure a new location.

Dean Robert Neugeboren said he was glad that the students finally decided to cancel, given religious leaders’ and other students’ firmly expressed reservations about the event.

Earlier on Monday, the Cultural Studies Club had faced strong criticism of its plans. Cardinal Sean O’Malley, the Roman Catholic Archbishop of Boston, called the event “repugnant” in an interview with the Boston Globe. He added, “There’s a great fascination with evil in the world, but you know, it doesn’t lead to anything good.”

University president Drew Faust denounced the event in a statement, saying that “the decision by a student club to sponsor an enactment of this ritual is abhorrent.” She then said that students still have a right to free expression: “Vigorous and open discussion and debate are essential to the pursuit of knowledge, and we must uphold these values even in the face of controversy.”

A petition started by a member of the school’s Catholic Students group had hundreds of signatures, the Harvard Crimson reports, and a prayer vigil would have coincided with the black mass. 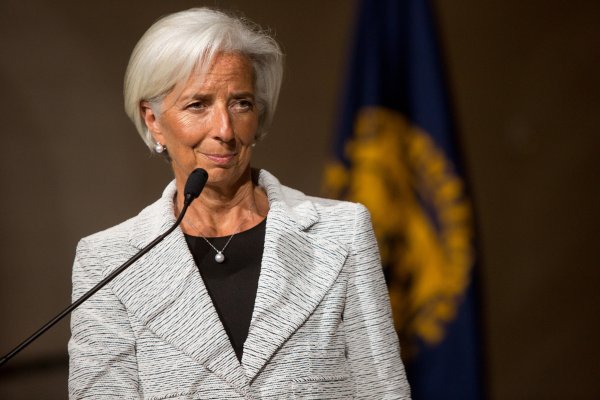 IMF Chief Withdraws as Commencement Speaker
Next Up: Editor's Pick