We’re only halfway through this week’s network upfronts — the events at which TV networks present the upcoming season’s slate of show — but Fox, ABC and NBC already have us excited for 2015. Well, for some things, at least. Like, for example, The Last Man on Earth, which isn’t slated to air until 2015.

In the trailer above, Will Forte is the star of a new comedy about a guy who finds himself, less than a decade from today, the titular last man on earth. The show follows him as he travels around the continent searching for other survivors, and then as he realizes that there’s no one else left and he can do whatever he wants. Based on the trailer, Forte will show off some of the depressing/funny skill he demonstrated in the acclaimed movie Nebraska.

As James Poniewozik reports, not everything is great over at Fox, the land of American Idol. But there’s at least one other mid-season Fox show that’s piqued our interest: Empire, the Lee Daniels/Danny Strong drama that stars Terrence Howard as a record-company executive with a terminal illness who’s trying to decide which of his sons should take over the business. Daniels has said his goal is to create a “black Dynasty” but the cast and concept seem interesting enough even without the point of comparison:

Over at NBC, trailers for midseason shows aren’t available online yet (but we’ll take Poniewozik’s word that Unbreakable Kimmy Schmidt is the one to watch for), and we’ve already gotten pumped up for A to Z.

As for ABC, the trailer that packs the most bang is for How to Get Away With Murder, the Viola Davis-starring drama from Shonda Rhimes, about a law professor and her students who, according to the press release, “have to apply what they learned to real life.” Uh-oh:

CBS and the CW have yet to make their fall-schedule announcements, so check back later for more info on more new TV. 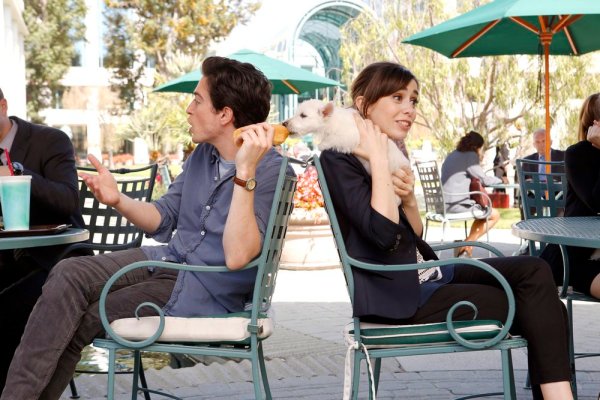