BMW's Latest Is a Drop-Dead Stunner With a Huge Surprise

BMW’s new $135,000 i8 sports car, which will begin appearing on the streets of Beverly Hills and Greenwich in a few weeks, defies easy categorization. It is fast. It is light. It is exceptionally fuel-efficient and eye-catching.

Think of i8 as a Porsche Carrera behaving from time to time like a Toyota Prius or Nissan Leaf.

As stunning and original as the i8 is from an automotive engineering standpoint, it represents an important philosophical statement for the German automaker, known until now for powerful, sporty machines more than environmental righteousness. Tougher regulations regarding carbon emissions threaten BMW and other makers of high-performing models unless they can develop and master advanced energy-efficient technologies, such as those embodied in i8.

One such breakthrough technology exemplified in the i8, as well as for BMW’s smaller, less expensive i3 city car, is extensive use of carbon fiber instead of steel. The cockpits of both cars are fabricated from the material, which has never before been used for the mass manufacture of a high-volume vehicle due to prohibitive cost and complication.

“What makes carbon fiber feasible for these new models is the way in which we have learned to manufacture the substance so that the process can be more highly automated, quicker and less wasteful,” said Andreas Wuellner, managing director of SGL Automotive Carbon Fibers LLC, in Moses Lake, Washington.

SGL, a joint venture partner with BMW, on Friday announced a new $200 million investment to triple the capacity of its Moses Lake factory, making it the largest such installation in the world. The location of the plant was chosen, in part, because the electricity could be furnished by hydroelectric generators, which produce little or no carbon dioxide compared to fossil-fuel plants

The gas-electric plug-in hybrid i8, weighing 3,274 pounds (about 1,000 pounds less than an aluminum-bodied Tesla Model S electric), can accelerate to 60 miles per hour from 0 in about 4.4 seconds. Though the U.S. federal fuel efficiency rating hasn’t yet been released, BMW engineers calculate it will be about 90 miles per gallon.

i8 can be driven in five different modes, each of which optimizes some combination of range, power, fuel efficiency or battery charge. Under ideal conditions, the car can be driven as far as 375 miles before it needs a fill-up or a charge. But it can also be driven up to 23 miles in battery-only mode.

As if the i8’s lowslung body wasn’t sexy enough, its gullwing doors deliver a heart-fluttering caress. (BMW calls them “scissor” doors to avoid the gullwing designation first made famous by archrival Mercedes-Benz.)

BMW’s $41,400 i3 already appears to be a hit. The automaker said on April that it was increasing the rate of production to 100 cars per day, in the face of strong initial demand. Both models are built at BMW’s factory in Leipzig, Germany, which is powered in part by wind turbines.

BMW has dabbled with carbon fiber previously: its extensive use in i3 and i8, like Ford Motor Company’s decision to manufacture its next-generation F Series pickup from aluminum, are signs that the environmental concerns are growing daily as a critical factor in vehicle design. 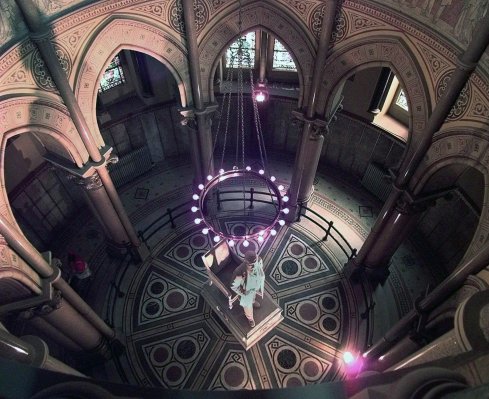