Lawyers for Taylor, who pleaded guilty in 1991 to the rape and murder of a 15-year-old girl in Kansas City, Mo., have filed numerous lawsuits in the last few weeks in an attempt to halt his execution, in part over claims that the planned lethal injection would be unconstitutional. A federal judge denied four motions for a stay on Monday, one of which involved the origins of the execution drugs the state plans to use.

“These are cop meth labs where they’re getting this poison from,” said John Simon, one of Taylor’s lawyers. “They don’t adhere to the same requirements of professional accuracy and reliability that the medications that you and I rely on have to meet.”

Like other states, Missouri has turned to largely unregulated compounding pharmacies to obtain execution drugs after pharmaceutical companies refused to sell them to departments of corrections.

A few weeks ago, Taylor’s lawyers sued The Apothecary Shoppe, a compounding pharmacy in Tulsa, Okla., after they discovered it planned to sell pentobarbital, a drug often used in lethal injections, to the Missouri Department of Corrections. Last week, the pharmacy agreed not to manufacture drugs for the state. Missouri officials, however, said they have back-up drugs available and can carry out the execution—but will not disclose from where the drugs were obtained.

This is not Taylor’s first time facing imminent death by lethal injection. In 2006, Taylor was hours from being executed before a stay was issue by a federal court and upheld by the Supreme Court over questions about the state’s lethal injection protocol. The courts ordered that all Missouri executions be put on hold until the state could explain its procedures. Taylor’s execution date was eventually rescheduled. His lawyers are hoping for a similar outcome before his planned 12:01 a.m. execution on Wednesday. 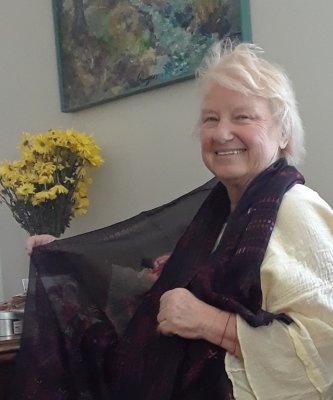 Remembering America's 'Angel of Death Row'
Next Up: Editor's Pick