Brazil Drafts Guide to Surviving A Mugging at the World Cup

Security services patrol as protestors gather prior to the FIFA Confederations Cup Brazil 2013 Group A match between Brazil and Japan at National Stadium on June 15, 2013
Scott Heavey—Getty Images
By Dan Kedmey

Soccer fans the world over may want to file this under essential summer reading: A brochure, drafted by Brazilian police, on how to survive being mugged at the 2014 World Cup.

Brazilian newspaper Estadao de Sao Paulo reports that police plan to disseminate the brochure to incoming soccer fans at next month’s tournament. It will include tips on how to avoid being robbed, such as tucking valuable jewelry out of sight, and more importantly how to confront a mugger.

“Do not react, scream or argue,” the guide reportedly advises tourists, who may not understand the immediate danger of the situation. Brazil has one of the highest homicide rates in the world, with 25 out of every 100,000 people killed or murdered, according to the U.N.

South African authorities issued similar warnings ahead of the 2010 World Cup, but crime actually fell precipitously during the tournament due to the heavy law enforcement presence. Brazil’s defense ministry is taking a page out of their book — deploying 30,000 troops along the country’s borders and around the grounds of the tournament, which will kick off in 12 cities starting June 12. 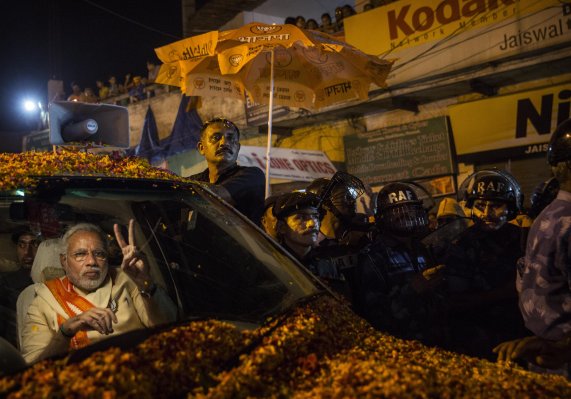