Vice President Joe Biden told the ladies of ABC’s The View that he is 50-50 on a 2016 presidential run on Tuesday, and reasserted that Hillary Clinton’s candidacy will not affect his decision.

Biden’s appearance on The View was the final stop of a two-day media tour that saw him kick off Late Night with Seth Myers on Monday, allowing him to appear before two key electoral demographics: women and young voters. On the show, Biden was asked about his legacy as vice president, and offered up a list of projects he has spearheaded for the White House, including ending the Iraq War and running the stimulus.

(READ: Joe Biden Talks to TIME About Marijuana, Obamacare and the Second Term)

Of Clinton, he said “whether she runs or not will not affect my decision.”

Biden added that his wife Jill would support a run for president, but that a lot can change in three years. “Three years is four lifetimes when it comes to a presidential campaign,” he said. He said his first priorities are to help elect Democrats this fall, and to be a successful vice president, noting both would help him in a potential run for the Oval Office.

“I think my knowledge of foreign policy, my engagement of world leaders, my experience uniquely positions me to follow through on the agenda Barack and I have of bringing world peace that is real and substantive,” Biden said.

The vice president also offered up a defense of the Affordable Care Act, saying a recent Congressional Budget Office report was a net positive for the law, despite Republican claims to the contrary.

Biden presented The View hosts with gifts before the taping, and was rewarded by a kiss on the cheek from Barbara Walters. 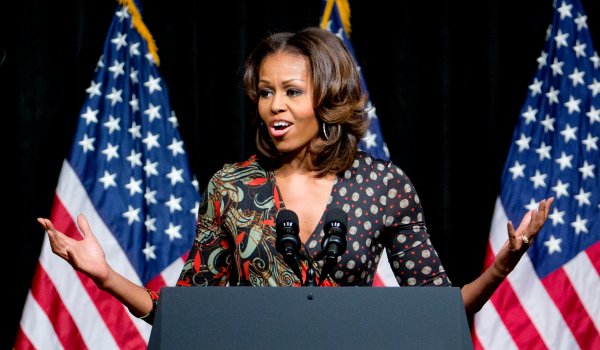