This Is Motorola's $129, No-Contract Smartphone

In technology, one thing is certain: This year’s components will be able to do more, for less money, than their predecessors from last year.

Most major smartphone makers leverage this fact in the same way. They keep the price for new models about the same—around $550 to $750 for a high-end model, not counting any discount for signing a contract—and make them more powerful. But what if a company held the line on power and cut the price instead?

In its brief life as a division of Google, Motorola has been trying that approach. Its Moto X is a pretty serious Android smartphone for $350; the Moto G is a more basic one for $200. Both those prices are without a contract or other strings.

Now the company—which Google has agreed to sell to Lenovo, though the deal isn’t yet done—is filling out its line with the Moto E. The new model sells for a rock-bottom, contract-free list price of $129, which means you could buy five of them for less than the price of one unsubsidized Samsung Galaxy S5.

It’s no mystery how Motorola achieved that. The E has 3G connectivity, not 4G LTE. It sports a 1.2-GHz, dual-core Qualcomm processor; high-end models are moving to quad-core processors. It has a 5-megapixel camera on the back, but no front-facing camera. The 4.3-inch, 960-by-540-pixel display isn’t expansive or high-res by current standards. And while the highest-profile smartphones typically come with 16GB of storage, the E has a skimpy 4GB (plus a MicroSD slot for expansion). Like the Moto G, it skips luxurious case materials in favor of a plastic shell which you can pop on and off, letting you customize the phone’s color.

“Every decision is painful,” says Mark Randall, Motorola’s senior VP of supply chain and operations. “You want to have everything. But you also want to get it to a price point.” He says that the company focused on giving the E the features it thought were most important, including a good screen (it uses Gorilla Glass 3 for durability) and all-day power (it has a capacious 1980 mAh battery).

The Moto E isn’t all about compromise. It will ship with the latest version of Android, 4.4 KitKat, without a lot of bolted-on bloatware. And Motorola promises prompt software updates, something which not all owners of fancier Android models can assume they’ll get.

The phone even two few out-of-the-ordinary features which don’t matter much to most folks in the U.S., but are enticing in some countries. It has a built-in FM radio and will be available in a version with dual SIM slots, allowing an owner to switch between two carriers to get the best rates.

Which brings up a basic fact about Google-era Motorola. Rather than competing against Apple, Samsung and HTC to create the sort of smartphones which prosperous gadget freaks in the U.S. lust after, it’s taken a more global perspective. Its kept prices low in order to bring its models within the reach of consumers in countries such as India where very few people have joined the smartphone revolution. The $129 Moto E is the most striking result of this approach so far.

Will Motorola, which has veered from strategy to strategy as it’s struggled in recent years, stick to its current philosophy once Google hands it over to Lenovo? It seems plausible, at least: Although Lenovo doesn’t yet sell phones in the U.S., it’s already one of the world’s largest smartphone makers based on its success in emerging economies, including its home market of China. Being part of Lenovo could permit Motorola to double down on its cost-conscious ways, since it would be part of a larger manufacturer which buys components on a vast scale.

Meanwhile, I find the Moto E intriguing for a reason close to my heart. My mother’s Samsung Galaxy SIII seems to be busted. Getting it fixed may be pricey, and she doesn’t qualify for a new subsidized one from AT&T. I’m struggling to come up with reasons why she wouldn’t be just as happy with a Moto E as she would with the sort of serious, big-bucks smartphone I’d buy for myself. So far, I’m failing.

And I know one feature it has which she’d just love: that $129 pricetag. 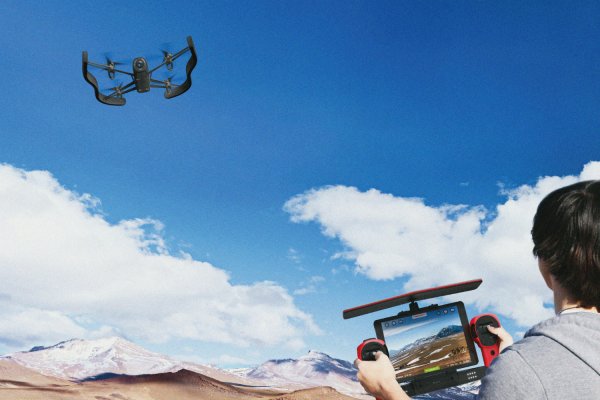 You Can Own the World's Coolest New Drone
Next Up: Editor's Pick