It’s not unusual for neighbors to band together and organize protests to keep nuisances like wind farms or shopping centers out of their residential zones. But in the upscale Atlanta neighborhood of Buckhead, residents have come together to protest a very different kind of nuisance that could soon be making its way to their area. That potential nuisance is named Justin Bieber.

The Buckhead Neighborhood Coalition has been hard at work to keep the Biebs out after news broke that the Canadian pop star was checking out some of the area’s real estate. On Monday morning, the group organized a protest outside the $10.9 million mansion he’d been eyeing, WSB-TV reports.

Buckhead residents are concerned because Bieber hasn’t exactly been, uh, a model citizen lately. They don’t want him bringing his shenanigans — which include drag racing and egg-throwing — to their otherwise placid neighborhood. Members of the group made signs leading up to Monday’s protest, which they’ve been posting on the coalition’s Facebook page:

But alas, only five people showed up to the protest. Indeed, it seems more people have shown up at the house simply to try and catch a glimpse of the pop star, and police have been patrolling the area to keep fans from lingering. Could a handful of angry anti-Bieber residents really keep him out? Probably not, but never say never.

Update: Turns out the protest was an elaborate prank. We fell for it, because it still somehow seems plausible. 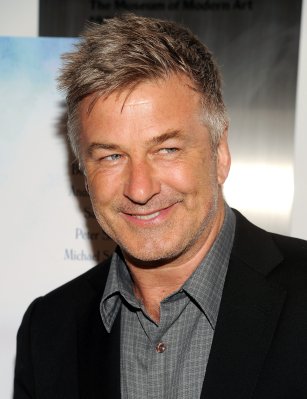 Alec Baldwin Just Burned Some Bridges
Next Up: Editor's Pick