Monday’s Google Doodle honors Dorothy Hodgkin, a Nobel-Prize winning British chemist who determined the 3-D molecular structures of some of our most important biomolecules, like penicillin, insulin and vitamin B12.

Hodgkin, who would have turned 104 on Monday, was best known for helping improve the techniques of X-Ray crystallography, a process which allows scientists to learn how molecules are put together and determine their three-dimensional structures. Previously, this method had mostly been used on inorganic molecules, but she and her mentor John Desmond Bernal were the first to use X-Ray crystallography to determine the structure of complex organic molecules like insulin and penicillin. She won the Nobel Prize in Chemistry in 1964 for her work in this area, and became only the third woman in history to win this prize.

Hodgkin was also heavily involved in humanitarian causes. She was the chair of the Pugwash Conference from 1976 to 1988, an organization inspired by a manifesto by Albert Einstein and Bertrand Russell that works to reduce harm and conflict caused by scientific discoveries (like nuclear weapons.) 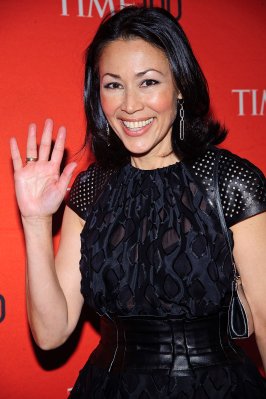 Always Be Prepared... To Rescue Ann Curry
Next Up: Editor's Pick