North Korean leader Kim Jong Un salutes as he and his wife Ri Sol Ju walk past the guard of honour upon arriving for the 2014 Combat Flight Contest of the Korean People's Air Force in Pyongyang, in a photo released on May 10, 2014.
KCNA/Reuters
By Barbara Tasch

A South Korean official said Monday that North Korea is not a real country and has no human rights or public freedoms, escalating a recent war of words between the two countries.

The spokesman for South Korea’s defense ministry told reporters that the North “must disappear soon,” the Associated Press reports. The comments follow racist and sexist comments from Pyongyang after a meeting between President Barack Obama and South Korean President Park Geun-hye in Seoul last month. North Korean state media had called the U.S. president a monkey and compared the South Korean president to an “old prostitute.” During that visit, Obama raised the possibility of further sanctions against the North and said the U.S. was prepared to use military power to protect its allies.

The comment that its neighbor should disappear is unusually confrontational for South Korea, which is sometimes hesitant to publicly criticize its northern neighbor in the interest of avoiding military confrontation. Pyongyang had not yet responded Monday, but the tension between the two countries was recently heightened when the North threatened to conduct its fourth nuclear test to protest against what it calls hostility from Washington and Seoul. 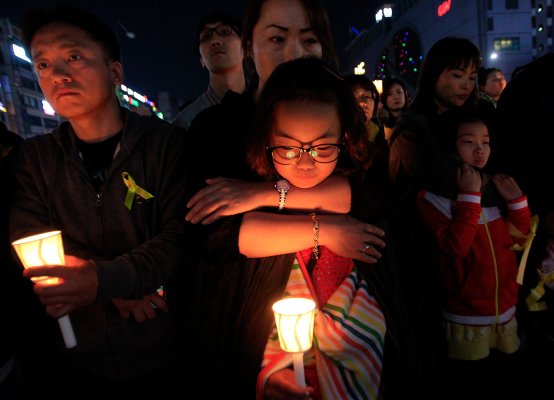