About eight months have passed since the last episode, leaving us in 1923 — just in time for Rose’s presentation and ball. The family and most of the staff goes down to London to do the thing properly. Even Cora’s family from America is coming to celebrate, which means that Shirley MacLaine is back as her mother Martha Levinson, and Paul Giamatti (!) is introduced as her brother Harold.

Downton also got a bit of a James Bond twist — well, as 007 as Downton goes, which is not very far, ultimately — in honor of the season finale, complete with break-ins, forgeries and royal scandals.

Spoilers below for the Season 4 finale of Downton Abbey.

The caper starts when Rose goes to the Embassy Club in London with her friend Madeleine Allsop. There, they run into Madeleine’s father, Lord Aysgarth, who was with the Prince of Wales and his mistress, Freda Dudley Ward. The Prince remembers Rose’s father, Shrimpie, from a visit to India, so they all get along well, and Rose invites the whole crew to all her debutante events.

At the first of many parties, the card sharp Terence Sampson shows up and invites himself to the after-party trip to the Club. The ladies are giggling about a letter Freda has in her purse; Rose makes a joke about the mysterious person who sent it. When Sampson is left to watch the bags while they dance, he steals the letter.

Later, at the palace, when Rose is presented to the King and Queen, she runs into Freda, who tells her that the letter is missing — and, of course, it’s a love letter from the Prince. If the press get hold of it, it could become a major scandal. Rose deduces it must have been Sampson, and she tells Robert, who’s concerned that the Crawley family will be responsible for bringing shame to the royal family. Accordingly, he hatches a plan.

Using a forger Bates met in prison — who is actually just Bates himself, but they don’t know that — they fake a letter to the porter at Sampson’s building, saying he’s ill and they have to get inside to get some things for him. Then, Robert invites Sampson and a whole crew over to play cards. While the poker game is going on, Rose and Mary and Charles Blake use the note to get into his (depressingly shoddy) flat to look for the letter. Though they have no luck, Bates thinks to check in Sampson’s overcoat when he’s helping the guests with their things. He finds the letter and gives it to Robert, so Rose can return it to Freda.

At Rose’s ball, the Prince of Wales surprises everyone by coming to dance with her, making the party a huge success. Freda says that she told him he owes a lot to Rose, but not why exactly. Everyone comes out ahead, except for Sampson. (Also, that’s one heck of a party.)

The other main plot points go to Edith, Mary and the Levinsons.

Rose’s friend Madeleine Allsopp and her father Lord Aysgarth have titles but no money, so they have their sights on Harold and Martha Levinson. Though Harold initially offends Madeline by talking about money so openly, he eventually convinces her that she doesn’t have to follow her father’s schemes and she convinces him to be more open to love. There’s no romance between them, but it ends happily for both. Martha, meanwhile, strings Lord Aysgarth along for fun, but then turns down a proposal because she doesn’t care for a title — but she does promise that if he comes to Newport, she’ll find him a rich old widow who does.

Edith has from Geneva but she’s acting weird — and it’s because she’s having second thoughts about allowing her daughter to be adopted. Rosamund tries to encourage her to be confident about it, but Edith pulls the “You wouldn’t know because you’re not a mother” card. She also finds out that Michael got into a fight with some Nazis on his first night in Munich, and she’s concerned he might be dead. If there’s an inheritance, some of it should go to his daughter; Rosamund says that’s okay and to send it anonymously. (Also, he left Edith with power of attorney, so she’s suddenly become editor of his magazine, but that just gets glossed over. Oh well.) By the end of the episode, she’s decided to return to Switzerland for the baby. She’s going ahead with the Mr. Drewe plan: she tells him the baby belongs to a friend of hers who died, he agrees to pretend that she belongs to a friend of his who died, and the Drewes will raise the child. So, next season, another baby at Downton — though, considering the fact that George and Sybie seem to have disappeared, who knows what that will mean.

(MORE: The True Story of the Scandalous Royal Love Letter)

Also, Mary learns from Tony Gillingham that — though she’s been thinking Charles Blake is an outsider to her world — he actually stands to inherit a large fortune and a title from a distant relative. Unexpected!

And as for the rest of the family:

Where we stand for next season: Will Mary, whose plot is now very Season 1, choose Evelyn (who conveniently has been out of the country to avoid overwhelming viewers at home) or Tony or Charles? Will Edith’s secret baby stay secret? Will Tom run for office? Will Edith be a good magazine editor? Will Baxter’s secret past, known only by Thomas, be revealed? Will Mr. Carson and Mrs. Hughes totally make out? Will the idea that the old way of life is on the way out be highlighted a mere million times per episode, or a full gazillion?

There’s plenty of time to wonder — as the answers won’t be available for nearly a year.

Dowager Zinger of the Week:

Violet: “Can’t you even offer help without sounding like a trumpeter on the peak of the moral high ground?”

Isobel: “And must you always sound like the sister of Marie Antoinette?”

Violet: “The Queen of Naples was a stalwart figure. I take it as a compliment.”

Isobel: “You take everything as a compliment.”

Violet: “I advise you to do the same. It saves many an awkward moment.”

History Lesson of the Week: Mary suggests that there’ll be another scandal with the Prince of Wales given his character — and she’s right. In 1936, shortly after he became King Edward VIII, he would abdicate power in order to marry Mrs. Wallis Simpson, an American divorcée. 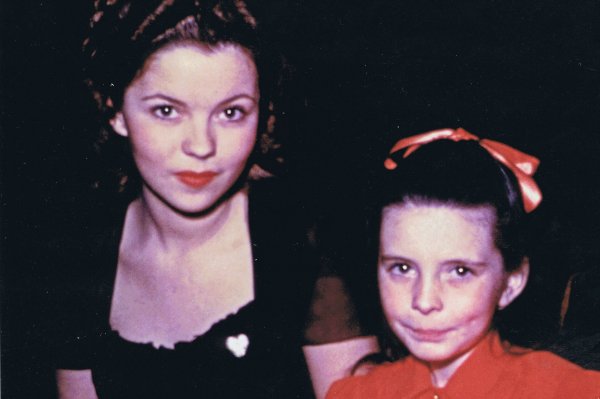 ‘There Will Never Be Another Shirley Temple’
Next Up: Editor's Pick