Well, maybe this one isn't too unlikely.
KMazur/WireImage/Getty Images
By Eric Dodds

Often, the presenters are paired with someone with whom they’re about to share the screen, or a peer with similar gravitas. Or, in the case of the previous year’s winners, they present alone. That said, it would be more fun to pair some of these stars up in a less predictable fashion.

Daniel Day-Lewis is a three-time Oscar-winning actor who is universally lauded for his willingness to throw himself into a role. By nearly all accounts, he is the finest actor of his generation. Tyler Perry is a prolific writer, actor, director and producer best known for his numerous performances as Madea, a 78-year-old woman. If Day-Lewis is looking for a real challenge, he could take a stab at taking the Madea role from Perry — as the 11-time Razzie nominee looks to tackle more serious parts.

The competition for America’s Most Winsome Sweetheart has been fierce, but it’s time to crown a winner. Do you go for the wildly talented, Oscar-winning, Letterman-charming, self-deprecating Hunger Games starlet or the wildly talented, Oscar-nominated, social media-winning, “When I’m Gone”-reviving Pitch Perfect thesp? There’s really no wrong answer here — though there’s a chance we may be seeing a bit less of J-Law in the next couple of years.

Think James Franco let Hathaway down by not embracing their 2011 Oscar hosting gig with gusto and enthusiasm? Ford would make Franco look like, well, Anne Hathaway. And that’s saying something.

There are plenty of people on this list that McConaughey could be paired with, mostly because he’s Matthew McConaughey. But no introduction could top this one: “And now, here to present the award for Best Sound Editing are the fourth and ninth male leads of Angels in the Outfield, respectively, Joseph Gordon-Levitt and Matthew McConaughey!” (Sidenote: the 1994 baseball classic is basically a who’s who of past and future stars — JGL, McConaughey, Danny Glover, Tony Danza, Christopher Lloyd, Neal McDonough, Dermot Mulroney and Adrien Brody.)

One of the most respected actors in the history of film on stage with the star of High School Musical (and High School Musical 2) should manage to get a giggle or two out of the stuffy crowd at the Dolby Theater — or at the very least, viewers at home.

Feel free to leave your own suggestions in the comments below — the possibilities are endless. 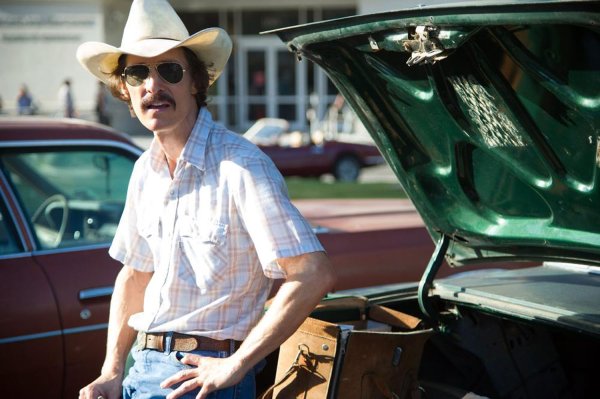 Oscars 2014: Why McConaughey Will Win Best Actor
Next Up: Editor's Pick