Nigeria's Missing Girls: The End of Terror Is Nowhere in Sight

A member of Boko Haram in a suburb of Kano, Nigeria, in 2012.
Samuel James—The New York Times/Redux
By Rana Foroohar

Outside the airport in Abuja, Nigeria, where the World Economic Forum’s Africa conference recently wrapped up, I noticed a local workman’s truck, which had a sign painted on the back that read, “Every problem has an expiry date.”

There are plenty of problems in Nigeria–inefficiency, inequality, corruption, unemployment–but the most pressing one right now is terrorism. It is unclear what the expiry date might be. Nearly three hundred girls taken from their boarding school in the northeast of the country by a militant Islamic group called Boko Haram are still missing. A new report by Amnesty International claims that the national government headed by President Goodluck Jonathan knew about the impending attack–and did nothing.

At panels I attended at the World Economic Forum (WEF), just as the report was coming out, President Jonathan said that the kidnappings would be “a turning point in our fight against Boko Haram, and the beginning of the end of terror in Nigeria.” At the WEF evening welcome soiree last Thursday night, a Nigerian pop star serenaded the President, his coterie of plumbed generals, and the rest of us, in tones that managed to be both mournful and saccharine, with a song about the missing girls. It seemed tone-deaf at a forum sponsored by the government, which began with a moment of silence for the missing girls, but offered no real sense of urgency around finding them, or combatting the growing terrorism in the country.

The big question at the WEF was whether terrorism, and in particular the kidnappings, would have any impact on the Nigerian investment story, which up until now has been one of the biggest recent success stories in emerging markets. Just a few weeks ago, Nigeria “rebased” its GDP numbers to account for the fact that old calculations weren’t taking into account new industries like telecoms and Nollywood. The result was that Nigerian GDP grew by 89 % overnight, making the country the largest economy in Africa, trumping South Africa. Growth is high–around 7 %–the middle class is growing strongly, and oil and gas represents about 14 % of the economy, about half of what was previously thought. Overall, that means more growth is coming from sustainable sources. Six out of ten of the world’s fastest growing economies are in Africa, and Nigeria is first among them.

Yet unemployment is still high and inequality even higher. Half of Nigerians live in poverty, despite vast oil and gas wealth. In fact, that’s one reason that many prominent citizens say that Boko Haram has gained a foothold in the country. Some Nigerians are getting wealthy, but there aren’t jobs for enough of them, particularly given that over 50% of the population is under 18 years old. That’s exactly the kind of demographic and economic combination that bred the Arab Spring uprisings.

“Terrorism hasn’t stopped business from coming here to Nigeria yet, but the situation is out of hand,” says Aliko Dangote, the head of Dangote Holdings and Africa’s richest man. “I think the government is trying to get themselves together [around this issue]. I think they have been taken by surprise–there are people in places like Spain who are saying, ‘where are these Nigerian girls?’ That hasn’t happened before. It’s good that the government has asked the US and the UK to help. And it’s important that the private sector do its part, too. Unless we create more jobs, we won’t eliminate Boko Haram. Even if we do, another such group will come. We have to empower our people.”

In some of the WEF meetings, President Jonathan tried to play down the link between terror and poverty, presumably to turn the spotlight away from the fact that the government has much more to do in terms of building infrastructure, improving education, bolstering efficiency in agriculture, and cutting corruption, all of which would improve job growth in Nigeria. “Terrorism is a recent problem for us,” he said. “It’s not about poverty, but extremism.”

But a number of Western businesspeople I spoke to at the WEF said they were concerned about terrorism spreading, particularly further south to areas like Lagos, where the State Department recently issued a warning about potential attacks on Sheraton Hotels. While big oil and financial deals will likely continue without interruption, consumer goods companies–food suppliers, retailers, and others that depend on a secure and growing middle class–were more concerned. That’s in part because of what the Amnesty Report implies about the attention that the Nigerian government pays to safety and security, particularly for women and girls in the country.

A glut of research from institutions such as the World Bank and the UN shows that if girls don’t stay in school, and women aren’t economically empowered, economies don’t grow in a sustainable way. “For things to work here [in Nigeria] you need two things: foreign direct investment, and local capacity, meaning human capacity. That requires education. If you have a situation in which women and girls can’t be educated, that’s a big deal,” says John Rice, the vice chair of G.E., and a co-sponsor of the WEF Africa conference.

“There’s a good news story and a bad news story here,” says Rajiv Shah, the administrator of USAID, here attending the WEF meeting in Abuja. “The good news is that Nigeria is thriving economically. But the bad news is that this [incident with the girls] cuts to the heart of the continuing problems with safety and security here. Boko Haram has displaced 500,000 people in northern Nigeria. The president has instructed Secretary Kerry that we will do everything we can to help.”

Yet at the end of the day, the impetus for managing the crisis has to come from Nigerian leaders themselves–and so far, most seem much more interested in discussing foreign direct investment and GDP growth and privatization of the country’s various industries rather than talking about how to ensure security for its people, and particularly how to find the missing girls and insure that something like this never happens again. “People have no idea how fragile things are here,” says Anton du Plessis, managing director for the South Africa based Institute for Security Studies. “You can have growth without development.” That’s exactly the situation in Nigeria right now. 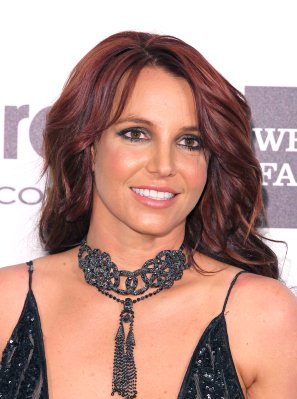