Jack Dorsey Is Planning to Reinvent the Humble Receipt

When I talked to Square CEO Jack Dorsey for a TIME story about his payment-processing company last December, he mentioned receipts and described them in a way I’m not sure anyone ever has before. He called them “amazing.”

To be specific, he said that a “receipt is this amazing confirmation of the activity between buyer and seller. It’s this thing that most people just throw away.”

It turned out that Dorsey wasn’t just riffing. He was foreshadowing a bit of news Square is announcing today. It’s introducing a service called Square Feedback, which can turn its e-mail and text-message receipts—it sends 10 million of them a month—into miniature customer-service sessions. Feedback will allow consumers to give instant input after paying for something using Square, and will give small businesses a way to placate unhappy campers before they run off to Yelp to gripe in public.

If a merchant subscribes to Feedback, which will cost $10 a month after a 30-day trial period, its receipts will include a “How was your experience?” section that lets the customer select either a smiley icon or a frowny one. Either response leads to a brief questionnaire that allows the customer to specify what went right or wrong—wait time, quality, customer service and/or environment—and leave a comment.

The seller’s Square dashboard will display all this feedback, tallying up the positive and negative feedback in a chart. If a customer has consented, the merchant can respond to a piece of input, which shows up as a conversation thread with the shopper in question. Other than the fact that feedback is tied to a specific receipt—which allows the seller to issue a refund if warranted—the experience is anonymous.

Of course, the notion of the receipt as a way to invite customer comments isn’t new. Lots of old-fashioned dead-tree ones include a link to an online survey. But the fact that Square’s receipts are digital makes the segue from financial record to feedback form more seamless, and the whole approach is in line with the elegant simplicity seen in Square products such as its tiny mobile credit-card swiper.

At the moment, Feedback is pretty basic. For instance, the canned questionnaire a customer sees after selecting the Smiley or Frowny is the same whether the business in question sells lattes or lingerie. There’s also no way to route complaints to multiple people within an organization, which is a feature larger businesses with actual dedicated customer-service resources will want.

Square says that it plans to expand on the concept over time—and whether or not it ever makes receipts amazing by most folks’ standards, it looks like a great opportunity to make them more useful. 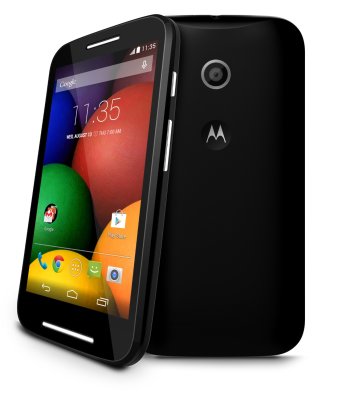 Motorola's Moto E is $129, No Contract Required
Next Up: Editor's Pick