Vladimir Putin can add unlikely hockey star to his list of accomplishments, alongside being the President of Russia and an oft-shirtless friend to the animal kingdom.

Putin scored six goals and got five assists during an exhibition amateur hockey game in Sochi on Saturday, helping his team claim victory with a ludicrous final score of 21-4. As The Wire notes, it doesn’t look like the other team was trying very hard to keep Putin from tearing up the ice.

The event — which began with a moment of silence for pro-Russian insurgents killed the day before in Ukraine — was part of Russia’s Night Hockey League, a group that helps get ice time for players who have to work during the day. 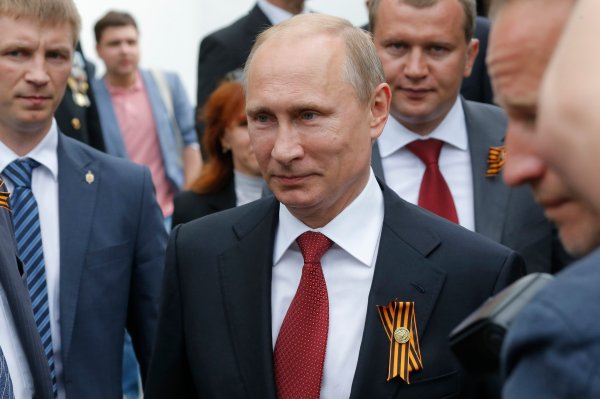 Putin Returns to the Scene of the Crimea
Next Up: Editor's Pick