A hot-air balloon that was believed to have caught fire and crashed in Virginia, on May 10, 2014.
Nancy Johnson—AP
By Nolan Feeney

Virginia police have found the body of a third person aboard a hot-air balloon that exploded Friday after colliding with a power line near Richmond, Va.

Searchers found the third body at 11 a.m. on Sunday, state police spokeswoman Corinne Geller said during a press conference Sunday. The bodies of the two other people on board the balloon at the time of the crash had previously been found.

A person who witnessed the incident told NBC she could hear the cries of those on board.

Although police have not released the names of the victims, the University of Richmond and family members have said that Ginny Doyle, an associate head coach for the school’s women’s-basketball team, and Natalie Lewis, the school’s director of basketball relations, were passengers on the aircraft. Daniel T. Kirk, an experienced pilot, was controlling the hot-air balloon at the time of the incident. 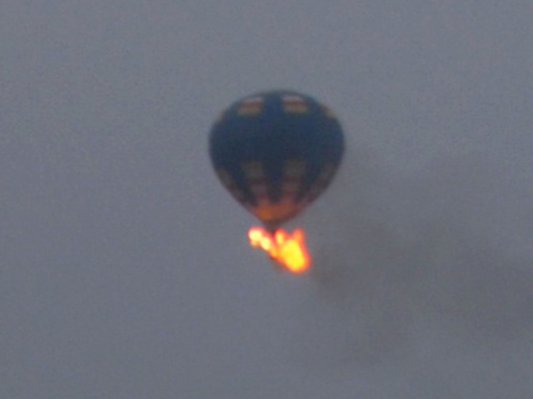 'They Were Just Screaming'
Next Up: Editor's Pick