The 5 Least Literate Cities in America

For the fourth straight year, Washington, D.C. is the most literate city in the United States, according to a recent study on literacy. The study, by Central Connecticut State University (CCSU), examined how well Americans used their literacy skills in the nation’s largest cities. Rounding out the top five were Seattle, Minneapolis, Atlanta and Pittsburgh.

CCSU ranked the cities based on six categories: bookstores, residents’ educational attainment, newspaper circulation, use of online resources, the library system, and periodical publishing resources. The most literate cities were largely in the Northeast, and they generally had a well-educated and well-paid population.

But while Dr. Miller’s study does not consider students’ reading test scores, education still plays a key role, said Miller. All but one of the 10 most literate cities were in the top quartile nationwide for the percentage of people with at least a bachelor’s degree. In Seattle, the second most literate city, 57.7% of the population had a college degree, the highest among all cities considered. But a well-read city should not just be made up of degree-holders, Miller stressed. “It’s not all one way,” Miller said, noting that cities where a large portion of residents are college educated can still slip in the rankings if, simultaneously, many other residents fail to complete high school.

Another factor the study found that often plays a role in the development of a highly-literate city is income, Miller noted. “Seattle, Minneapolis, they have higher income levels than a lot of cities.” Some cities, however, still scored well despite lower income levels. Miller highlighted New Orleans as an example. The city was in the top quartile for literacy, although its median household income was just $34,361, well below the U.S. median of $51,731.

In order to have a high-paid, well-educated workforce, cities must also have the jobs necessary to bring-in or retain that talent. According to Miller, “Cities that are more successful in terms of business development also have more a more educated population, [and] also have higher income.” In a number of the most literate cities, high-paying professional, scientific, and management occupations are especially prominent. Atlanta, San Francisco, Seattle, and Washington, D.C. all are among most literate cities and in the top five cities for such jobs — measured by percentage of total employment.

For the nation’s least literate cities, the opposite is often true. “Cities that are at the bottom have lower levels of business formation, [and] consequently lower levels of good jobs [and therefore] lower salaries,” Miller told 24/7 Wall St. California cities Fresno, Stockton, and Bakersfield, and El Paso, Texas, were all among the nation’s least literate cities. They also had among the 10 lowest proportions of professional occupations.

Based on the report published by Central Connecticut State University, 24/7 Wall St. reviewed the literacy ranking of 77 U.S. cities with populations of at least 250,000. The study reviewed city literacy based on six categories — library systems, bookstores, educational attainment, digital readership, and newspapers and other publications. Education metrics considered by Miller are from 2012, library system data is from fiscal year 2010, and circulation, publication, and bookstore figures are from 2013. To determine the availability of each reading material, the study measured circulation relative to the size of the population. 24/7 Wall St. also reviewed 2012 data from the Census Bureau, including income, and poverty.

5. San Antonio, TX
> Weekday newspaper circulation per 100: 9.4 (11th lowest)
> Pct. adults with college degree: 24.3% (18th lowest)
> Retail bookstores per 10,000: 0.61 (2nd least)
> Median income: $45,524 (35th lowest) San Antonio had fewer bookstores per 10,000 residents than all but one other city.For the city’s nearly 1.4 million inhabitants, there were just 85 retail bookstores in 2013. There were more media specialists working at San Antonio’s 26 library branches than in most other cities. However, they were likely spread thin because there were also more students and a much larger library population being served by local libraries than in many other cities.

> Pct. adults with college degree: 22.8% (13th lowest)
> Retail bookstores per 10,000: 0.46 (the least)
> Median income: $40,974 (21st lowest) The few magazines published in El Paso collectively had among the lowest circulation rates among large cities, and not one journal had a circulation of at least 500 people in 2013. There were also less bookstores available to El Paso’s residents than in any other city last year. Low education rates of the city’s residents may partly explain the low demand for bookstores. Among El Paso adult population, less than one quarter had at least a bachelor’s degree in 2012, worse than most other cities. In 2009, Texas A&M University conducted a study that showed nearly 20% of Texans were unable to read and understand newspaper.3. Stockton, CA

> Pct. adults with college degree: 17.9% (6th lowest)
> Retail bookstores per 10,000: 0.84 (7th least)
> Median income: $43,321 (27th lowest) With among the lowest circulation rates in the nation, Stockton ranked worse than nearly every other city for its publications and for its library system. The city also had no magazine and journal publications in 2013. For the entire library population, including more than 47,000 students, there was also just one media specialist that year per 1,000 students. According to Dr. Miller, a large immigrant population may be related to a poor reading culture. In 2012, more than 23% of Stockton residents were foreign-born, versus 13% for the nation as a whole.MORE: States Where Children Are Struggling the Most to Read
2. Corpus Christi, TX
> Weekday newspaper circulation per 100: 12.4 (16th lowest)
> Pct. adults with college degree: 19.8% (8th lowest)
> Retail bookstores per 10,000: 0.67 (3rd least)
> Median income: $49,336 (24th highest)Many cities in Texas tend to have poor reading habits. And this is particularly true in Corpus Christi. Lower than average library spending in Texas can partly explain the state’s poor literacy scores, according to the Texas Library Association. Corpus Christi’s six library branches served more than 300,000 people and were relatively understaffed. Another factor in the city’s poor showing could be low education attainment rates. Less than one in five adults in Corpus Christi had at least a bachelor’s degree in 2012, among the lowest proportions compared with other large cities.

Bakersfield was the worst city in the U.S. for its overall reading culture. The city was among the worst in the nation for access to bookstores, as well as subscriptions to magazines and scholarly journals. There were just two magazines with at least 2,500 subscriptions in the city in 2013 and no journal publications at all. There was just one independent bookstore in the city last year and just 30 retail book outlets for the city’s more than 350,000 residents. The city’s library system was also poor rated, with low circulation rates and understaffing. Low demand for reading materials could reflect low educational attainment rates — just 77% of adults had a high school diploma in 2012, among the worst nationally. 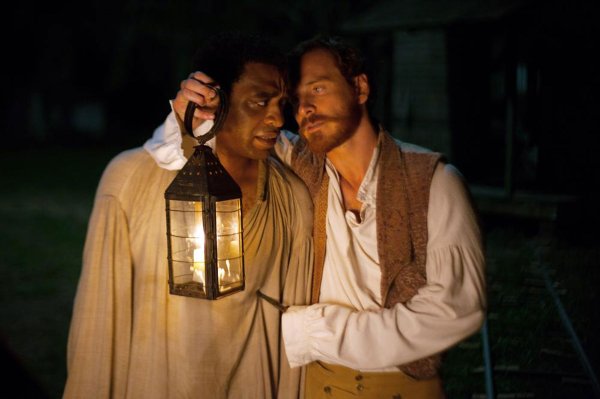 12 Years A Slave Will Be Taught In Schools
Next Up: Editor's Pick